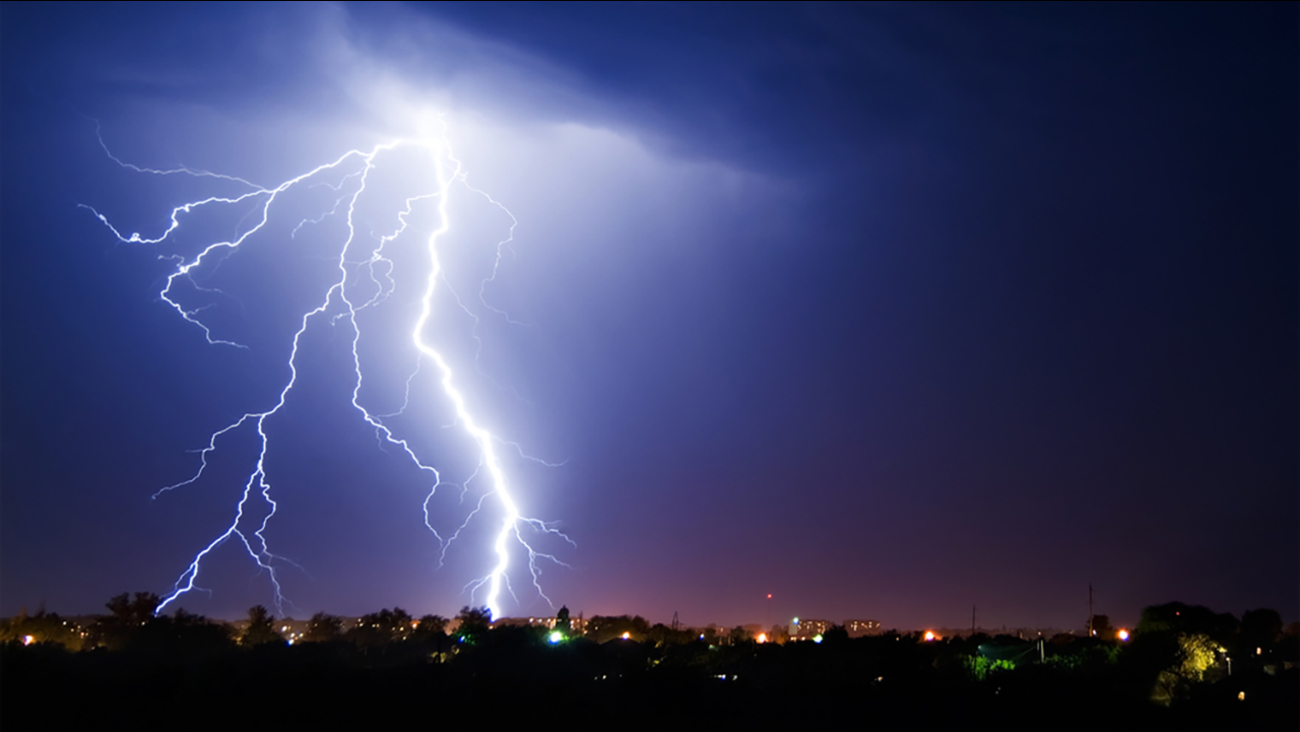 Lightning can travel a long way from a storm. It turns out, a really, really long way.

By the way, it's been a terrible year for lightning-related deaths. According to the National Weather Service 35 people have died due to lightning-related injuries, with two of those here in NC. That makes it the deadliest year for lightning deaths in the US since 2007.
Related topics:
weatherlightning
Copyright © 2021 WTVD-TV. All Rights Reserved.
TOP STORIES
In Raleigh, Biden encourages vaccinations, warns about Delta variant
At least 3 dead, up to 99 missing in Florida building collapse
'Scary five seconds': Moore Co. resident recounts bobcat attack
Security camera video shows moment of Surfside building collapse
Why LGBTQ+ terminology matters: ABC11 hosts a virtual discussion
Chapel Hill bar The Library closing just as owner hoped to reopen
UNC Black Student Movement to protest over tenure controversy
Show More
Pet Alert: As dogs roam the yards, snakes may be lurking
What to expect in Derek Chauvin sentencing
Durham man charged in Chapel Hill road rage shooting that injured man
Nonprofit rolls out mobile vaccination units to serve communities
Nearly all COVID deaths in US are now among unvaccinated
More TOP STORIES News