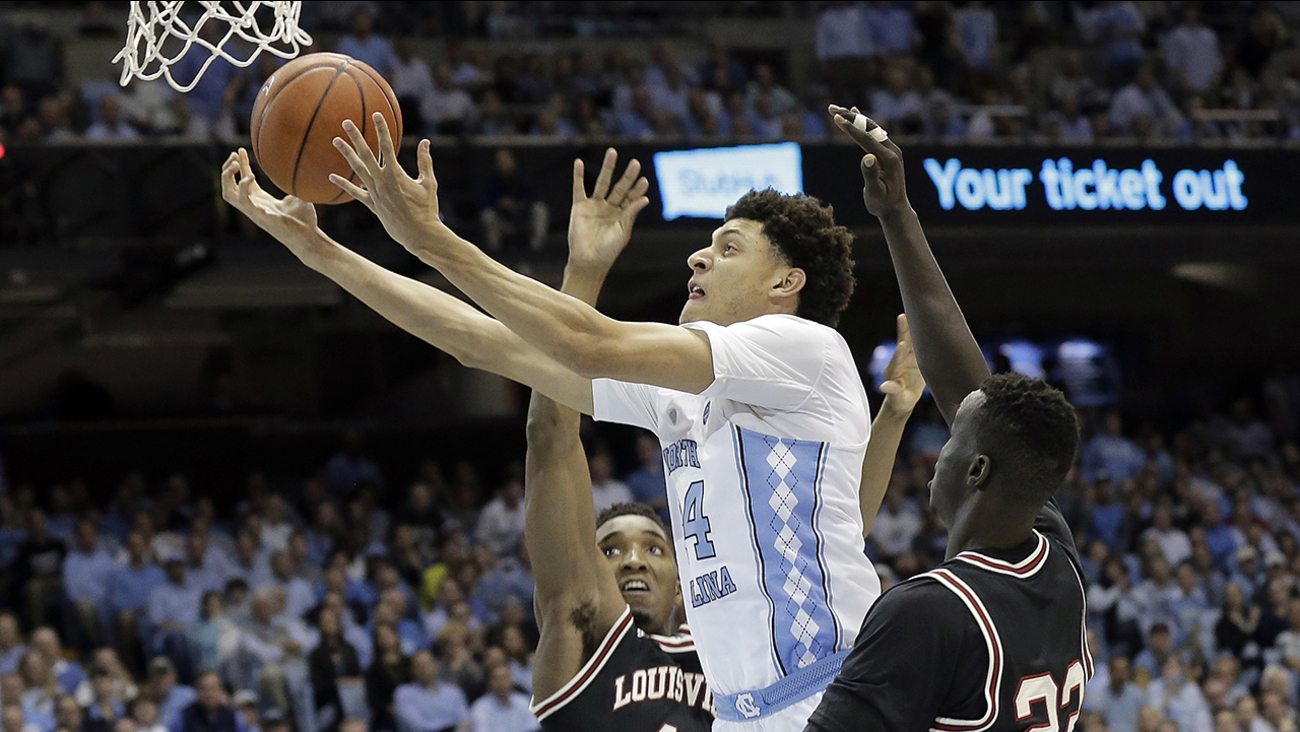 CHAPEL HILL, North Carolina (WTVD) -- Justin Jackson scored 21 points and No. 8 North Carolina pulled away after halftime to beat No. 7 Louisville 74-63 on Wednesday night in a matchup of Atlantic Coast Conference leaders.

Kennedy Meeks added 14 points and 10 rebounds for the Tar Heels (24-5, 12-3), who strengthened their hold on first place in the league. UNC entered the night leading both Louisville and No. 10 Duke by a game, but stretched the lead by beating the Cardinals after the Blue Devils' lost at Syracuse earlier in the evening.

Donovan Mitchell scored 21 points for the Cardinals (22-6, 10-5), who didn't shoot well after halftime and struggled to make much of anything outside the paint.

The Tar Heels struggled to get into a rhythm for much of the first half against the Cardinals' physical defense. But they did a much better job after halftime of getting the ball in the paint, while their outside shooting was solid all night behind Jackson - who finished 7 for 16 from the field and made 4 of 9 3-point attempts.

Joel Berry II added 15 points for the Tar Heels, who had just 12 turnovers.

The Cardinals' defense was good enough to fluster the Tar Heels, but their offense abandoned them. The outside shooting was particularly damaging, though the missed free throws - they started 0 for 6 - loomed large as the Tar Heels made their run.

The Tar Heels followed a weekend blowout of No. 18 Virginia with another home win against a ranked league team, continuing their push to finish atop the league's regular-season standings for a second straight season - and maybe a No. 1 seed in the NCAA Tournament.

Next up for the Tar Heels is a visit to Pittsburgh on Saturday.

The Cardinals host Syracuse on Sunday.