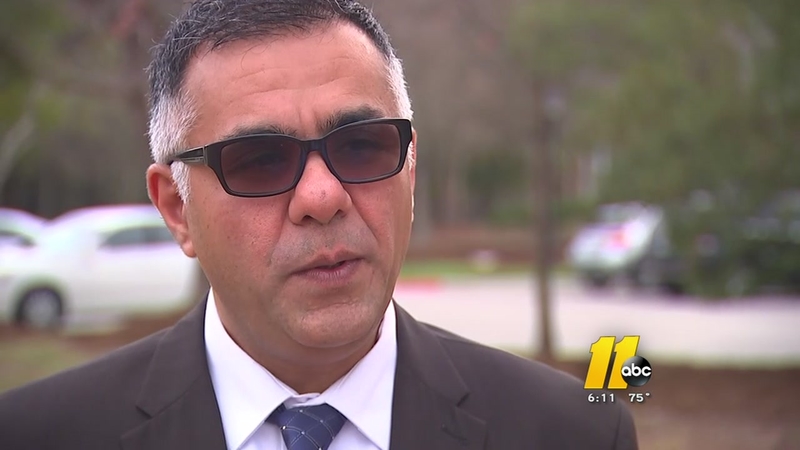 "I don't think the substance has changed much," says Khan as he recalled Tuesday's speech. "He calls himself the President for all Americans, but he comes short of condemning violence against Muslim-Americans."

Khan disagrees. "I think one thing that when you start supporting and agreeing on things like hate, and racism, and bigotry, and xenophobia, homophobia, Islamophobia -- that's dangerous."

Early in his Tuesday night address, however, Trump said, "While we may be a nation divided on policies, we are a country that stands united in condemning hate and evil in all its forms."

North Carolina Democratic Rep. David Price invited Khan to be his guest at Tuesday's address because of his work with immigrant and refugee advocacy in the Triangle.

Khan says he was glad to attend, but disappointed that it was to hear Trump speak. He was excited to meet House Minority Leader Nancy Pelosi and newly-elected Democratic National Committee chairman Tom Perez.

"At the end of the day, until you get up for your own country ... things not going to change," Khan told ABC11. "The silver lining is a lot of people are coming out, getting involved in political processes and activism, people that have never stepped out of their homes."