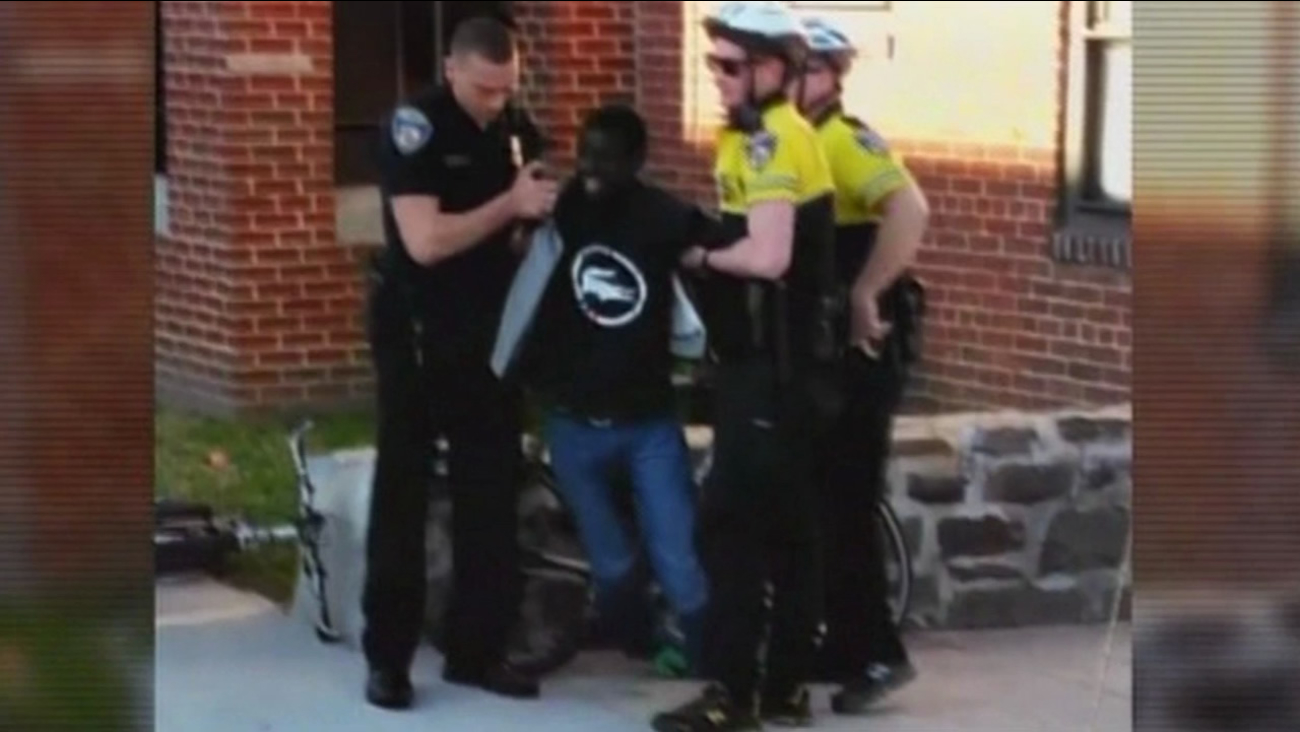 AP
BALTIMORE -- The first trial for six Baltimore police officers charged in the death of Freddie Gray will be held Nov. 30, and the other trials are set for early next year.

Judge Barry Williams decided Tuesday that Officer William Porter will go on trial first. He is accused of failing to provide or request medical care for Gray and not securing him safely in a van. Porter faces charges of manslaughter, assault, reckless endangerment and misconduct in office in the death of Gray, a black man who died after being injured in police custody.

Prosecutors said they intend to call Porter as a witness against at least two other officers.

The judge ruled earlier this month that each officer will get his or her own trial and that they will be held in the city.

Gray died April 19, a week after he was injured. His death led to protests and rioting in Baltimore, and came to symbolize the treatment of black men by police in America. It also shed light on long-standing and systemic disenfranchisement of African-Americans in the city.

Attorneys for the six officers asked Williams to move the trials outside of Baltimore, citing pre-trial media coverage they say could prejudice a jury. The judge kept the door open to re-evaluate his decision should the state and defense run into problems seating a jury.

Prosecutors have suggested in a letter to the judge that the state intends to call Porter to testify against Sgt. Alicia White, who faces the same charges he does, and Officer Caesar Goodson, who faces an additional "depraved-heart" murder charge.

Goodson will be tried Jan. 6 and White's trial will begin Jan. 25.

Officers Garrett Miller and Edward Nero face misdemeanor assault, misconduct in office and reckless endangerment charges, as does Lt. Brian Rice, who also faces a manslaughter charge. Their trials will be held in February and March.