CUMBERLAND COUNTY (WTVD) -- The Cumberland County Sheriff's Office has charged two men in a shooting incident that ended in a chain-reaction crash Monday.

Deputies said it began around 2:30 p.m. when 39-year-old Christopher Glenn Jones went to a home in the 2900 Block of Cumberland Road where he got into an argument with 30-year-old Donivan Joshua Martin and another man.

As he left, deputies said Jones fired a gun at the residents. Martin fired back with a high-powered rifle.

Jones backed out of the driveway in his car, causing a crash with multiple vehicles. Jones was hit by the gunfire along with two other people in the other vehicles. He then got out and ran on foot.

None of the injuries were life threatening.

Jones is now charged with possession of a firearm by a convicted felon and resist, delay, and obstruct. He is being held at the Cumberland County Detention Center under a $25,000 bond. 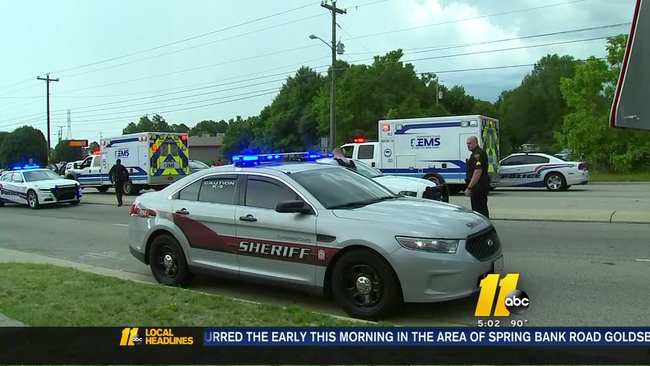