3 US soldiers killed in Taliban-claimed attack by Afghan soldier 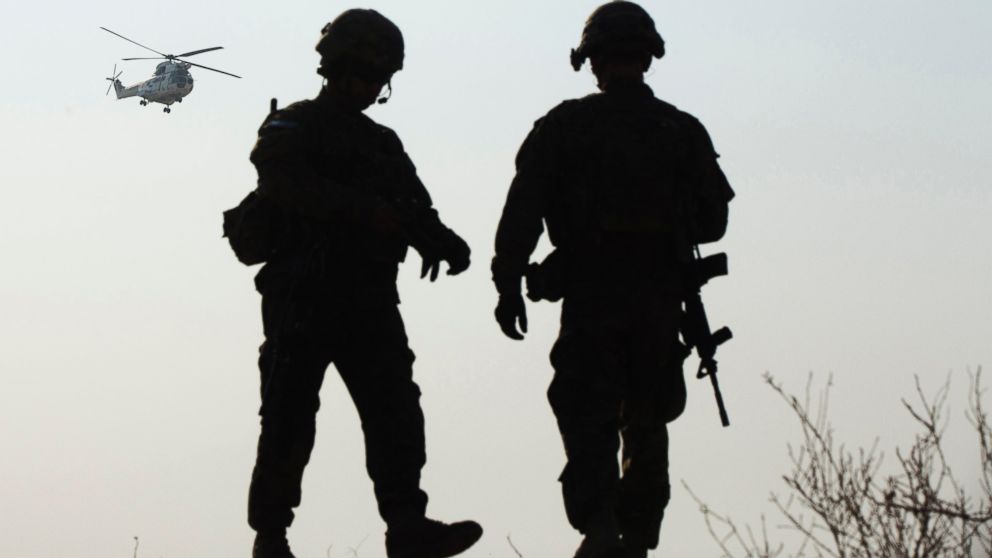 Three U.S. Army soldiers were killed and another was wounded in an attack by an Afghan soldier for which the Taliban has claimed responsibility.

"Three U.S. soldiers were killed in eastern Afghanistan today," a Pentagon statement issued Saturday said. "One U.S. soldier was wounded and has been evacuated for medical treatment. Next of kin notification is underway.

"This incident is under investigation," the statement said. "Additional information will be released as appropriate."

The Afghan army soldier opened fire and killed the Americans, according to U.S. and Afghan officials.

"The Afghan army soldier was killed in return fire," Attaullah Khogyani, spokesperson for the governor of Nangarhar province. The attack occurred in the Achin district of Nangarhar.

The Taliban claimed responsibility in a statement by Taliban spokesperson Zabiullah Mujahid, who said the shooting was committed by one of the group's fighters who had joined the Afghan army.

Vice President Pence addressed the attack in his remarks at an event in Wisconsin on repealing Obamacare.

"On my way here I was informed that U.S. service members were killed and wounded in an attack in Afghanistan," Pence said. "The president and I have been briefed; the details of this attack will be forthcoming. But suffice it to say, when heroes fall, Americans grieve. And our thoughts and prayers are with the families of these American heroes."

Insider or so-called "green-on-blue" attacks have been an ongoing threat to U.S. military personnel in Afghanistan.

In March, three U.S. soldiers were injured in Helmand Province after being fired upon by an Afghan soldier.

The motivations for such attacks are sometimes unclear, with some resulting from personal conflicts while others may be due to the Taliban's infiltrating the Afghan military.

The number of insider attacks spiked in 2012 but have since become less common, a reduction attributed to new security procedures and better vetting of Afghan security forces.

For example, the use of "guardian angels" has become standard in Afghanistan. This is when at least one U.S. service member remains on watch while Afghan and U.S. military forces are on patrol, dine together or are sleeping.

There are 8,400 American troops in Afghanistan training, advising and assisting the Afghan military in its fight against the Taliban. About 2,000 of them are involved in counterterrorism operations against al Qaeda and the ISIS affiliate in Afghanistan.

Gen. John Nicholson, the top U.S. military commander in Afghanistan, told Congress earlier this year that a few thousand more U.S. and NATO personnel might be needed in the country.

The Trump administration is in the middle of a review of the overall U.S. strategy in Afghanistan. American officials say the military has proposed sending an additional 2,000 to 4,000 U.S. troops to Afghanistan, but the number may ultimately depend on how many additional troops are committed by NATO partners.