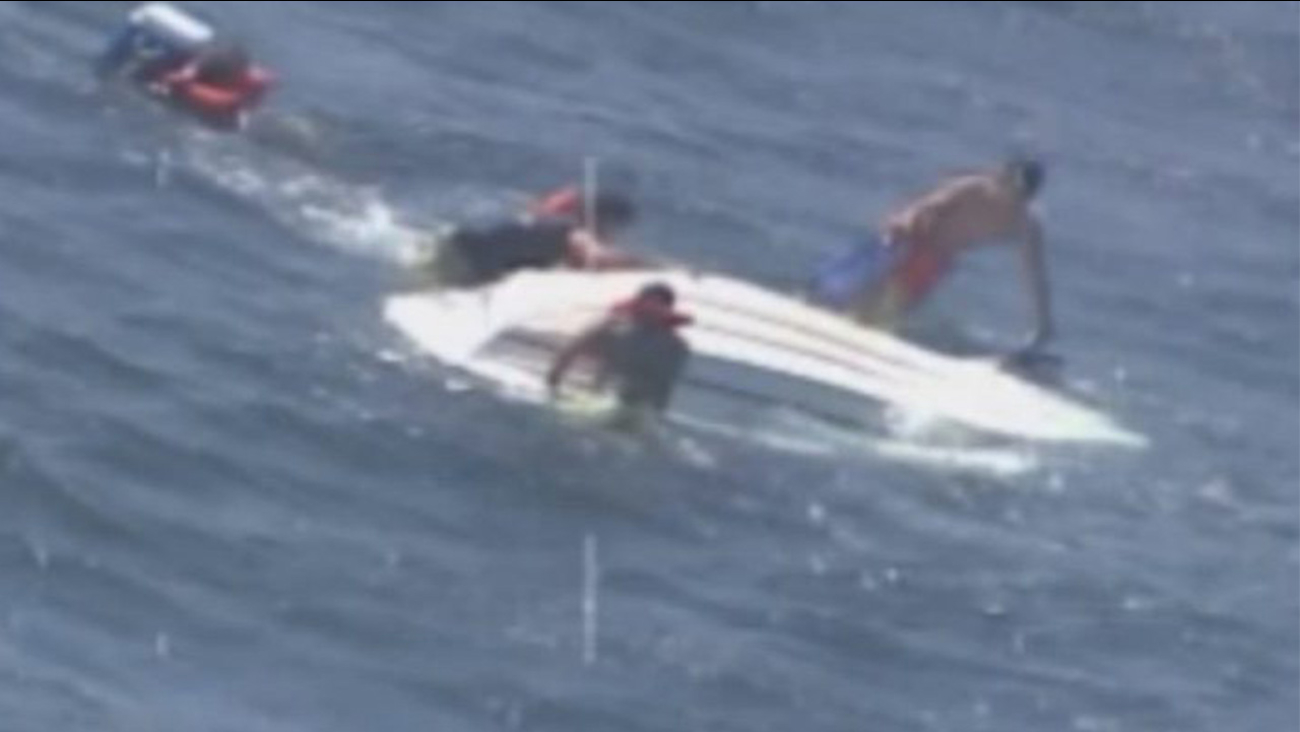 Around 9:50 a.m., authorities responded to a call that a 19-foot boat was taking on water with five people aboard.

Three of the people were wearing life jackets; two were sitting on the capsized boat's hull.

An already-airborne HC-130 Hercules airplane crew from Air Station Elizabeth City diverted to the area and two boat crews from Station Wrightsville Beach also responded to the area around 10:00 a.m.

When the Hercules crew arrived, they dropped rescue gear and a flare to mark the vessel's position.

Then the RB-S crew pulled all five people from the water and transferred them back to the station.