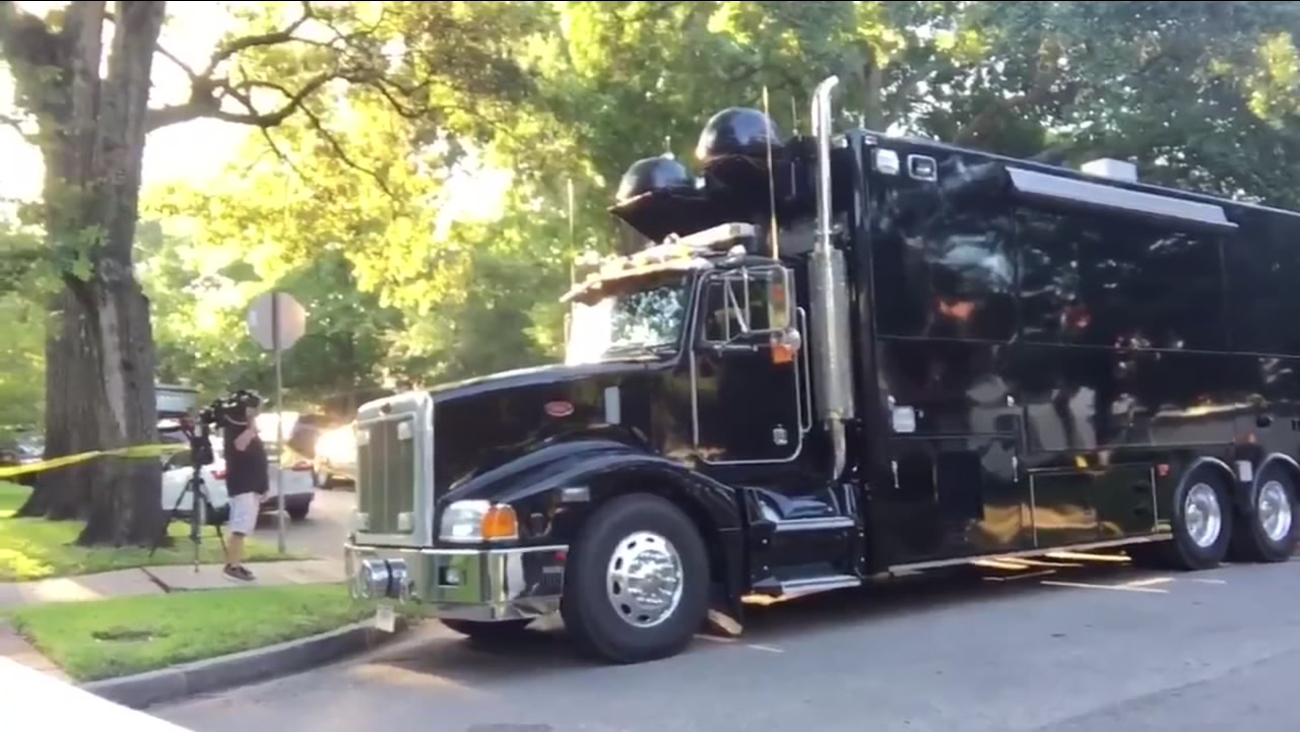 On the second day of the FBI raid, a robot was seen searching through a home near Rice Village. (KTRK)

AP
HOUSTON, Texas -- A Houston man has been arrested after being accused by authorities of trying to damage or destroy a Confederate statue at a Houston park with explosives.

Authorities say a Houston park ranger on Saturday caught Schneck kneeling near a statue of Richard Dowling, a lieutenant in the Confederate army, located in Hermann Park.

Prosecutors say Schneck was caught with two boxes with duct tape and wires and with a bottle containing a liquid made up of compounds used as explosives.