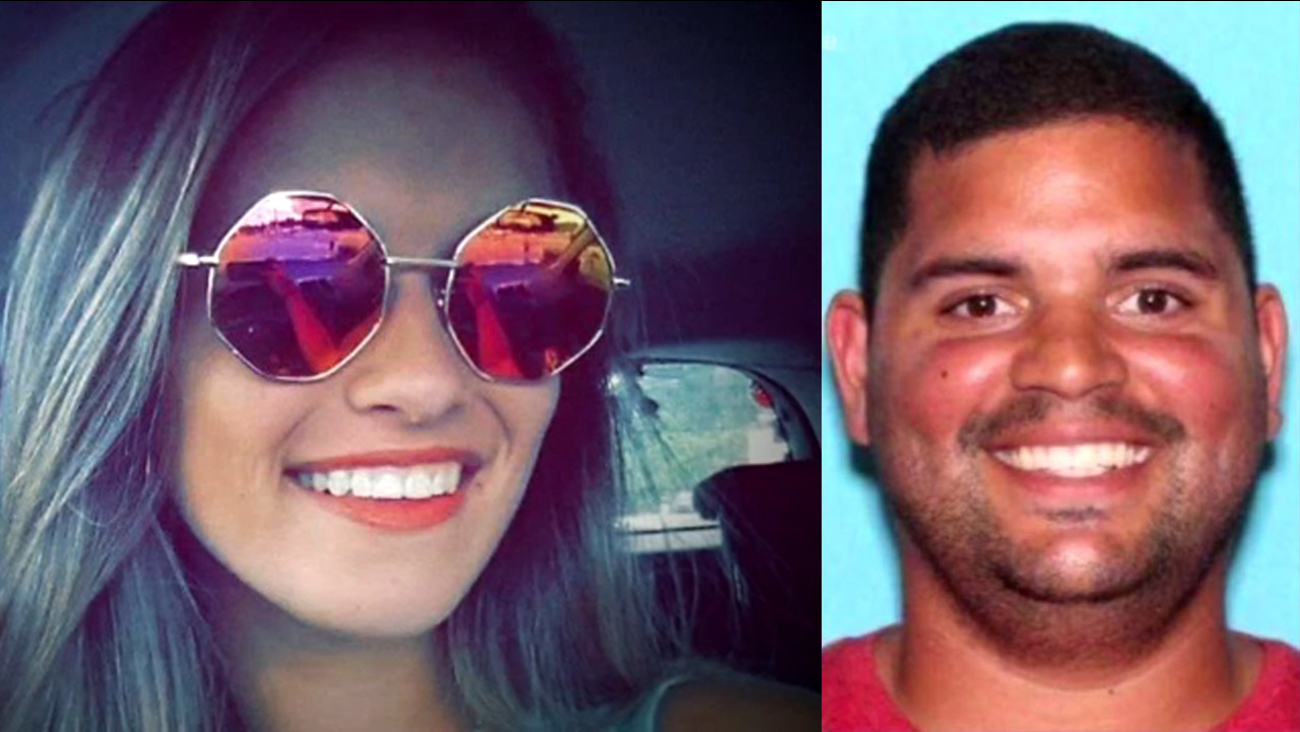 SYRACUSE, New York -- Police said a 17-year-old Florida girl who was reported missing and apparently left her home state with her soccer coach has been found safe in New York.

@Columbiasheriff can confirm missing Caitlyn Frisina has been located and is safe in NY. More to follow as details come in. pic.twitter.com/hhqrRXAU3C

The Columbia County Sheriff's Office said a deputy spotted their car, pulled them over and found both Frisina and Rian Rodriguez inside.

Frisina's family was notified and Rodriguez was taken into custody.

Frisina and Rodriguez might have been traveling north after the teen left her home on her own, leaving behind her phone, "which she fully erased," the Columbia County Sheriff's office said in a Facebook post on Sunday. Police said they found footprints outside of the teen's home, and she appears to have left through a window.

The teen was spotted at a pawn shop in North Carolina with a man believed to be Rodriquez.

The teen, 17-year-old Caitlyn Frisina, was spotted in South Caroline with a man believed to be Rian Rodriquez.

Frisina's parents told police they had "no indicators" of "any type of relationship between these two," Murray Smith, public information officer for the Columbia County Sheriff's Office, told ABC News this week. From interviews, though, authorities said they have learned of what Smith described as the "blossoming of a potential relationship" between Frisina and Rodriguez.

"Caitlyn has a current boyfriend who also is beside himself because everything was fine," Smith said.

Her parents were begging her to come back home.

"We just want you to know we love you and miss you, we need to know you are safe," mom Scarlet Frisina said.

Rodriguez has been working as a boys' soccer coach at Fort White High School, but he has been suspended pending the investigation, according to a statement from Lex Carswell, superintendent of Columbia County Schools.

Frisina has played soccer at Fort White High School, according to an online roster published by Next College Student Athlete.

Rodriguez and Frisina had been around each other "at sports events, but they've never been alone at all," Smith said.