'Call of Duty' creators buy 'Candy Crush' maker for $5.9B 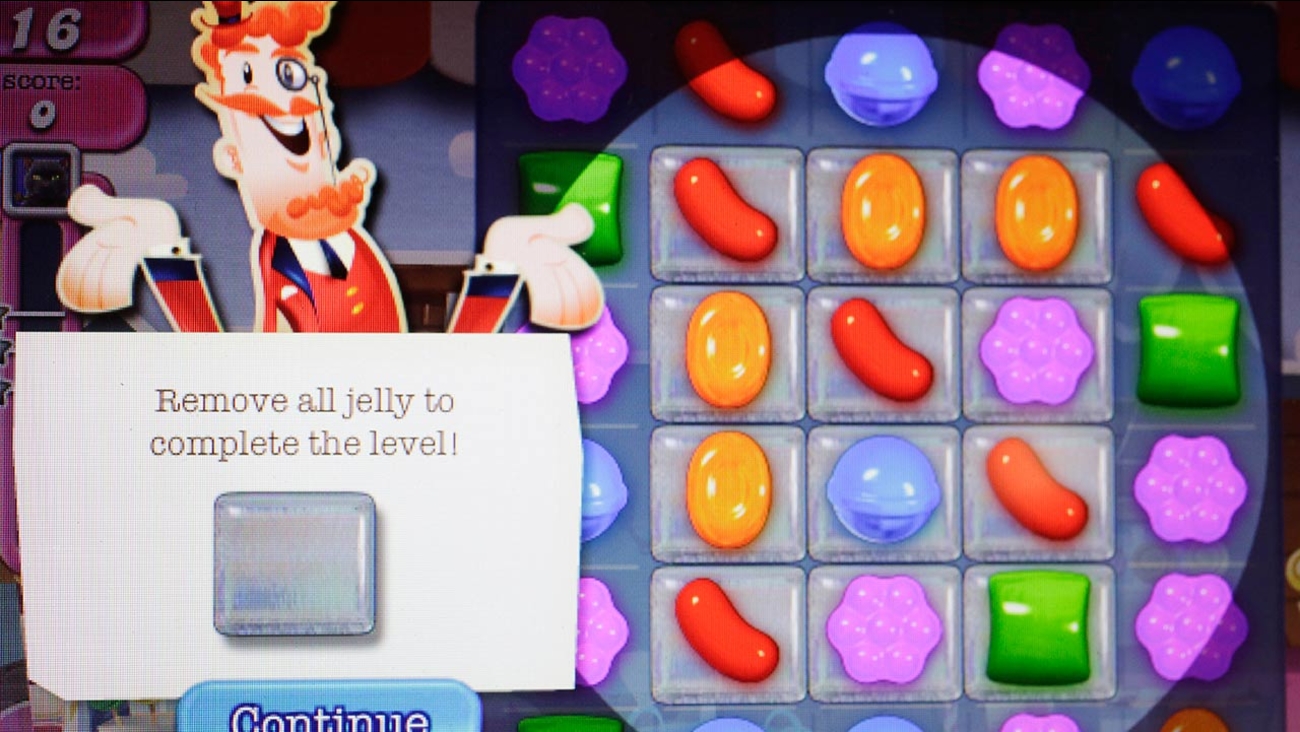 In this March 24, 2014, file photo, a detail from the online game 'Candy Crush Saga' is shown on a computer screen in New York. (Mark Lennihan, File)

NEW YORK -- The company behind the hugely successful "Call of Duty" has struck a $5.9 billion deal to buy the makers of the highly addictive "Candy Crush" and take advantage of the way video games are moving out of living rooms and onto smartphones and tablets.

Activision Blizzard's purchase of King Digital Entertainment, announced Tuesday, will create one of the world's biggest entertainment networks, with more than a half-billion monthly active users in 196 countries, by Activision's count.

The move is expected to help Activision get its home-console games onto players' mobile devices, a market with seemingly huge potential.

The company said it expects mobile gaming to generate more than $36 billion in revenue by the end of 2015 and grow more than 50 percent by 2019.

The deal is also bound to help Activision attract more women as customers.

Activision's fortunes tend to hinge on its latest "Call of Duty" game. Launched in 2003, the violent, first-person shooter games generated $11 billion in sales through the end of the 2014 fiscal year. Activision also makes the "World of Warcraft" and "Skylanders" games.

While those kinds of games don't traditionally appeal to women, Activision CEO Robert Kotick told CNBC on Tuesday that about 60 percent of King's audience is female.

"Attracting women to gaming is a really important part of our strategy," he said.

"Candy Crush" has proved one of the most addictive mobile games, so much so that a British lawmaker was admonished after being caught playing it during a parliamentary hearing.

But it is declining in popularity, and King has struggled to follow up on its success. The company's revenue fell 18 percent to $490 million in the second quarter.

"We expect a heavy dose of skepticism from investors especially given the large deal size," the analysts said in a research note.

The acquisition isn't without risk, for while mobile games have proved popular with everyone from toddlers to senior citizens, they are also tough to make money off of, as companies such as King and its rival Zynga Inc. have found.

While Activision stock has tripled over the past three years, its revenue has fallen from $3.6 billion in fiscal 2012 to $2.8 billion in 2014. King's stock hasn't made much headway since the company went public in March 2014.

Activision, based in Santa Monica, California, will pay $18 in cash for each King share, 20 percent over its Friday closing price.

The boards of both companies have approved the deal, but King shareholders must still vote on it and regulators in Ireland, where King is based, must also sign off.