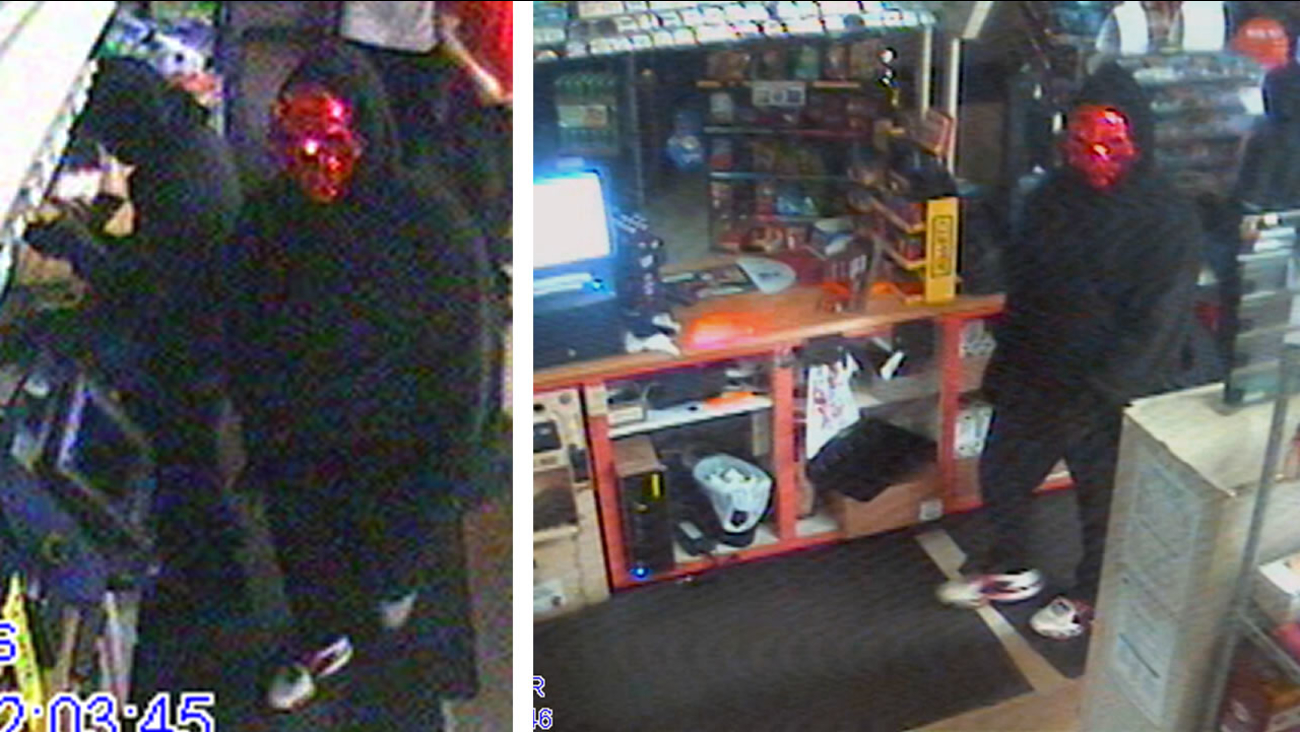 One of the robbers was wearing a distinctive red mask.

Deputies said a store clerk was locking up the Handy Mart store located at 2495 U S Highway 13, Goldsboro around 11 p.m. when three men approached and forced him back inside at gunpoint.

Another robber kept his face covered.

While they starting taking lottery tickets and tobacco products, the clerk tried to get away and was shot.

He was expected to be released from the hospital soon.

The owners of the Handy Mart are offering a $5,000 reward for information leading to an arrest and conviction.