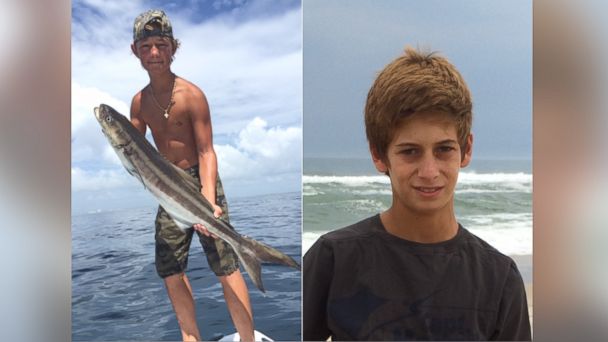 The Coast Guard tonight is expected to suspend their search for two Florida teenagers who've been missing at sea for one week, but the boys' families vow to push on with their bid to find them.

The search for Austin Stephanos and Perry Cohen, both 14, will be suspended at sunset tonight, Capt. Mark Fedor, of the Coast Guard's 7th District in Miami, said at a news conference today.

Fedor said the suspension means if new information comes to light, they will reopen the case.

Perry and Austin's families said in a statement today that they are "committed to continue the search and rescue efforts of our boys with the aid of volunteer pilots and aircraft."

They said they established a GoFundMe to raise money for private planes, boat fuel and other resources.

"The case is not closed," the family said. "And if pertinent details emerge or credible information comes forward that we will have the assistance of the US Coast Guard to investigate this information."

Fedor today offered his "heartfelt condolences" to Austin and Perry's families. He said he's met with them and that the decision to suspend the search was excruciating and gut-wrenching.

Fedor said he hopes the families "can take solace from the fact that hundreds of people searched thousands of miles."

Austin and Perry left on a fishing trip in Florida last Friday morning and they were reported missing Friday evening, authorities said.

On Sunday, their boat was found capsized and damaged off the Ponce de Leon Inlet in central Florida, the Coast Guard said, noting that neither boy was in or around the boat.