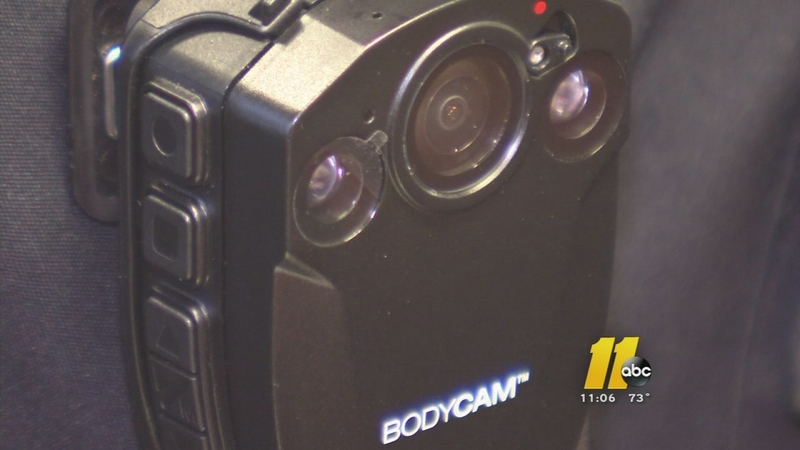 DURHAM (WTVD) -- Dozens of Bull City residents peppered one of the city's deputy police chiefs with questions about body cameras on Monday during a public forum inside the Durham Public Schools Staff Development Center.

"You guys are setting a high bar for participation for the other five sessions," Dep. Chief Anthony Marsh told the audience during the first of six public sessions.

The comments touched on everything from recording protocol and video storage to whether or not the cameras would improve police encounters with suspects.

"It is going to affect the behavior of Durham police very little in my personal opinion," said one commenter.

The Durham Police Department recently completed 90 days of tests on the cameras and is still developing policies on whether officers will be able to turn off the cameras. Marsh assured the public that officers won't be able to alter the recordings.

"There will be a mechanism in place that will prevent officers from tampering with or erasing video. I can definitely tell you that at this time," Marsh said.

"I'm hoping that even as they move forward that there will be a potential that, if there needs to be some tweaking that happens, then that will occur at some point and time," Durham resident Charles Floyd told ABC11.

Some in attendance believe making the video record without infringing on people's privacy is an important policy for the department to tackle.

"These should be public records when they are recording in a place where there's no expectation for privacy, so if I were going to encounter a police officer on the street," explained Jonathan Jones.

Others wondered about the cost. The city expects to pay between $500 and $1000 for each camera, depending upon whether grant money is available for help.

"I don't know that body cams are the best utilization for this money," explained Kyle Haynes of Durham. "I would like to see more community involvement to go in to elementary schools and middle schools and really change the image and the mindset kids have with the police officer."

The department plans to decide which cameras to implement by the end of the summer.

The next five public listening forums will be held at the following times and locations: