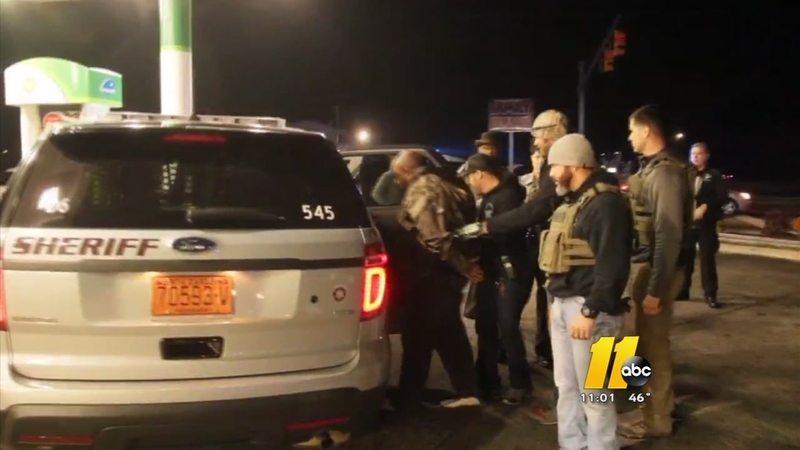 FAYETTEVILLE (WTVD) -- An escaped inmate who assaulted a Cumberland County deputy was arrested Saturday after a short standoff involving a hostage, officials say.

Deputies said they took Edward Moore into custody at the Quick Stop at the corner of Ireland Drive and Cumberland Road in Fayetteville. Authorities told our crew on the scene that one other person was in the car being held as a hostage.

Deputies broke through the glass of the vehicle and tased Moore. The other person was OK, according to authorities. Fayetteville police and US Marshals helped during the recapture.

The Sheriff's Office said Moore was seeking treatment at Cape Fear Valley Medical Center Wednesday evening when he struggled with the deputy, got the deputy's Taser, and ran out the entrance.


After fleeing the hospital, he stole a green Buick van that was left unattended. Deputies said they later found the vehicle on Fresno Drive.

Photo from the scene in Fayetteville where Edward Moore was arrested

Moore was in originally in custody for robbery with a dangerous weapon in connection with a bank robbery in Hope Mills.

The deputy who was assaulted was treated at the hospital and is expected to recover.