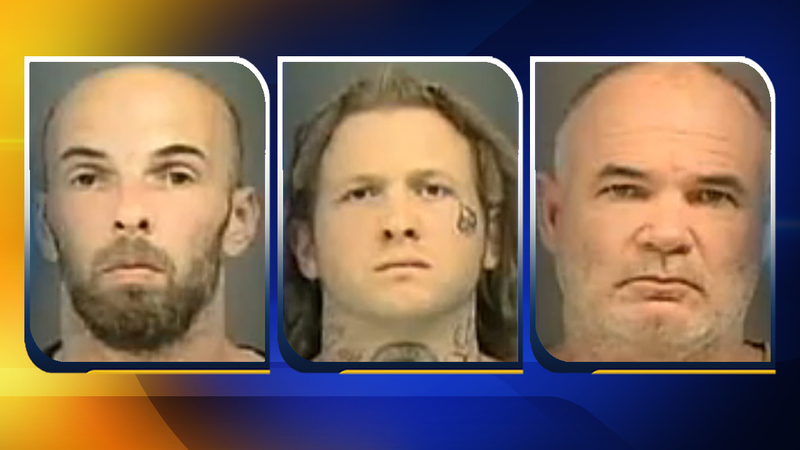 On June 18 law enforcement received information that Litteral and Barker were attempting to make explosives.

Officials say the men were creating the explosives because they feared that the U.S. government intended to use the armed forces to impose martial law. They planned to resist with violent force.

Around July 22 officials learned that Campell was reconstructing live grenades from "dummy grenades," which are sold legally as military artifacts. Litteral had been purchasing various military equipment in preparation including ammo, radios, Kevlar helmets, and body armor.

The FBI learned that Litteral and Campbell wanted to make pipe bombs and had some of the needed parts. According to the investigation Barker provided pipe fittings. The men planned to test the bombs in Shelby, N.C. and Litteral said, "It is going to be great," according to court documents.

Litteral also tried to purchase a firearm and ammunition for Barker, who could not himself due to prior criminal felony convictions.

The charge of conspiracy to violate laws governing firearms and explosive devices carries a maximum potential penalty of five years in prison and a $250,000 fine.

Campbell is also charged with receiving, possessing, and making a firearm which carries a maximum penalty of 10 years in prison and a $10,000 fine.

The three remain in federal custody pending their hearings which have been set for Thursday.