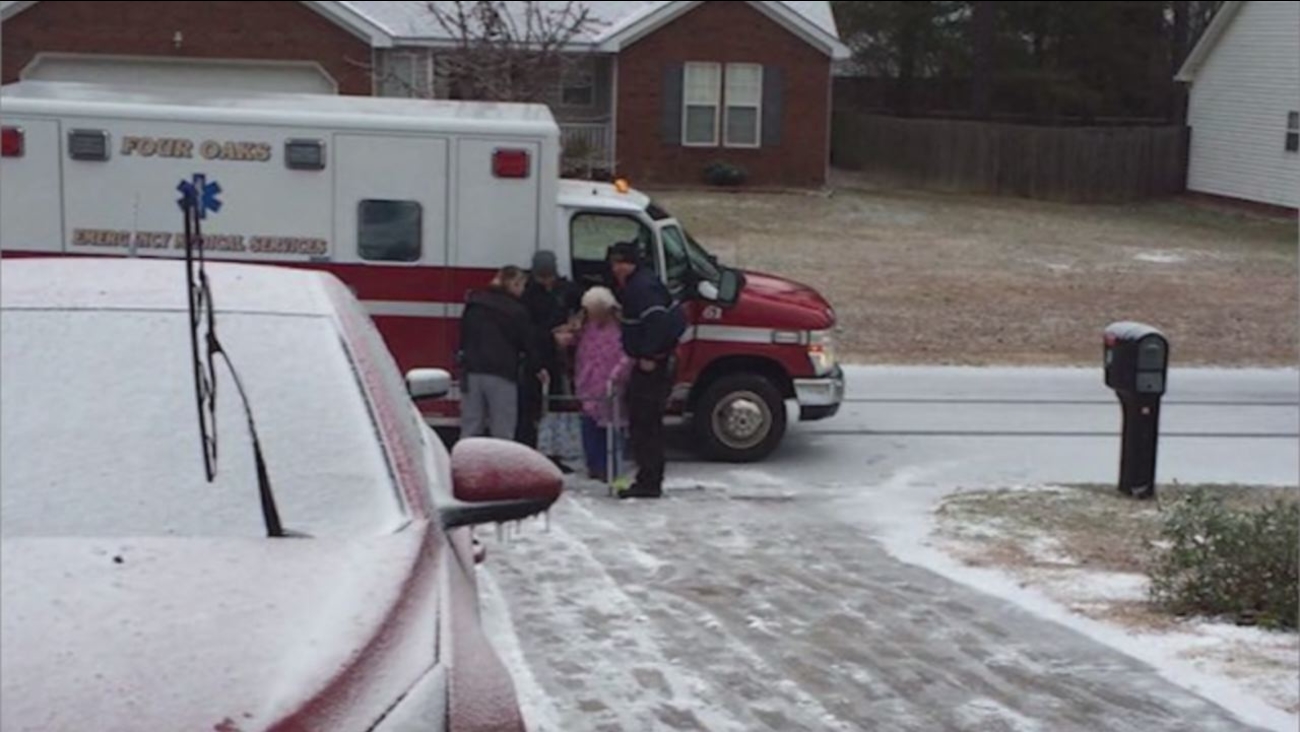 FOUR OAKS, N.C. (WTVD) -- First responders in Four Oaks rescued a 98-year-old and gave her a ride to her daughter's house after the power went out during the winter storm.

The family was worried because of the ice and were afraid she would fall. So they said they called Four Oaks Police who said to not worry about anything.

Police called for an ambulance to come pick her up in her pink coat. They helped her out of the ambulance and down the snowy driveway.

The grandmother says she appreciates the first responders and their dedication to the community.