WTVD
By Elaina Athans
CHICAGO (WTVD) -- A Fort Bragg soldier who extensively served our country overseas died Sunday from injuries suffered in a midair collision with another jumper during a stunt at the Chicago Air & Water Show.

The Army said the team was doing a mass formation Saturday, and while they were trying to do a break-away, Hood collided with a Navy skydiver and was knocked unconscious. The wind carried him four blocks away.

Eyewitnesses saw the soldier come in very low and crash into a building.

"He hit the building right there, like at his calves, and he flipped over," said eyewitness Sue Ondas.

"The man was coming in really low and appeared to be almost motionless or lifeless," said eyewitness Daniel McSweeney. "We got there right in time and called 911."

Bystanders say he fell about 30 stories. They stayed with him until paramedics arrived several minutes later.

Hood was rushed to the hospital and underwent a procedure to reduce swelling in his head.

Hood was a member of the Golden Knights Black Demonstration Team. He is originally from Ohio and had been a soldier for more 14 years. He served five tours in Iraq and Afghanistan. He received two Bronze Stars, two Meritorious Service Medals, the Master Parachutist Badge, Pathfinder, Air Assault, and Combat Action Badges.

32-yr-old SFC Corey Hood was a member of the Golden Knights. He served 5 tours of duty and received 2 bronze stars pic.twitter.com/VG59STMSvM

"Our focus right now is on supporting Corey's family and grieving for our teammate," said Lt. Col. Matthew Weinrich, commander, USAPT. "As Soldiers, there are risks every day in what we do, but you do everything you can to minimize those risks and it is extremely hard when that is not enough."

"The Knights are a very close-knit team and the military skydiving community is equally close; we will support Corey's family and each other during this difficult time."

"The Golden Knights are an important connection between the Army and the American people," said Mark S. Davis, Deputy Assistant Secretary of the Army for marketing, which oversees the USAPT. "Corey's loss is a loss for the Army team and every single person he has touched and inspired wherever and whenever he jumped."

Hood is survived by his wife Lyndsay.

The Department of Defense is investigating the accident.

The Golden Knights have suspended their tour and the soldiers are heading back to Fort Bragg in the next day or so. Chaplains will be on hand to help them with their grief.

The Navy skydiver was also injured during the collision. He is expected to be okay. 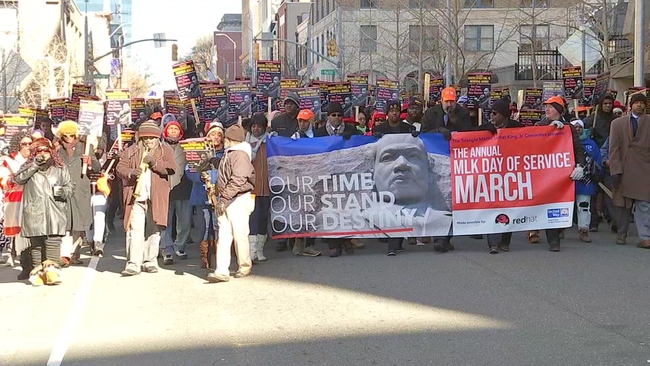