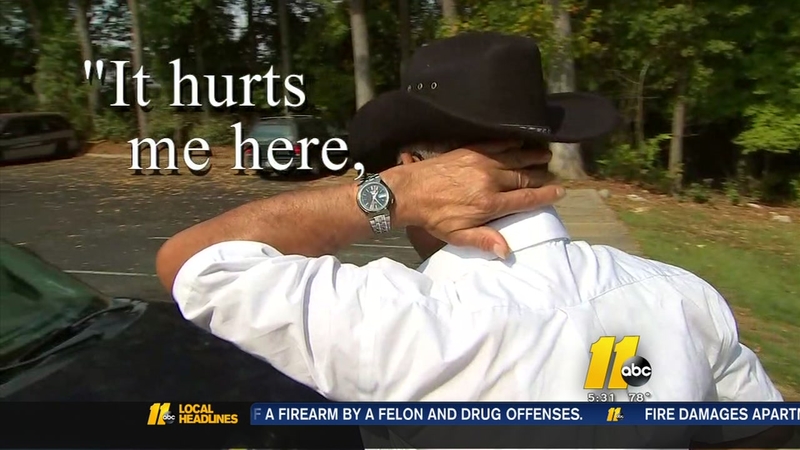 RALEIGH (WTVD) -- A Raleigh man is nursing several injuries, including a massive bruise on his neck after being pistol whipped during an armed robbery.

Vidal Rubio, 68, had a weapon cracked over his head.

"It hurts me here, it hurts me a lot," said Rubio while pointing to his neck.

He said that last Tuesday outside of his apartment on Brentwood Road, three men surrounded him and stole money.

"They had a gun. A gun like this, short," said Rubio as he made a motion with his hands showing the size of a gun. "(It was a) revolver."

The 19-year-old Carter is accused in two armed robberies. Authorities said he has accomplices and used forced in both cases.

Carter goes to school at Heritage High. The Wake County School District said he is still enrolled in classes.

Carter is is being held on $250,000 secured bond at the Wake County Detention Center.

Police are searching for two men involved in the armed robberies.