Suspects sought after teen shot in Durham dies at hospital

WTVD
DURHAM (WTVD) -- The search is on for the gunman behind a drive-by shooting Monday afternoon that claimed the life of a Durham teenager.

Friends and family of Delonta Hart, 16, held out hope he'd recover while posting prayers and words of encouragement on social media.

"He was really a good guy," said David Lynch, a family friend who says the Northern High School student recently visited him.

Lynch believes Hart was in the wrong place at the wrong time, an innocent bystander.

"I believe they were shooting at somebody else," said Lynch. "You can't even really hang outside without worrying about someone shooting."

Police won't say whether Hart was the intended target. The shooting put other lives in harm's way.

Several bullets pierced the walls of the Two Brothers Convenience Store in the 3300 block of Dearborn Drive. One bullet shattered a light fixture and another went through a lottery ticket container. The manager and six other customers were forced to take cover.

"We thought we're the targets and everybody laid down out here. It was scary for a minute," recalled Shawki Salah.

Salah says Hart had been frequent visitor at his store since he was 12. He says the teen was standing in the parking lot when gunfire erupted.

"I hope they get the person who did that," he added.

A 15-year-old boy sitting in a car on Seven Oaks Road was frightened by the sound of gunfire. As he ran to safety, he was grazed by a bullet.

Police say a bullet grazed a 19-year-old woman walking near Wabash and Ridgeway. A few hours later on the same day, a man was found wounded on Cheek Road and taken to the hospital. An hour later, the 1200 block of North Alston Avenue became a crime scene after a 24-year-old man was shot while walking down street.

Police responded to another shooting on Wedgedale Avenue when a man walking in the area was hit in the leg. Cars, homes and mailboxes were also damaged in the spray of bullets.

At least three victims told police the gunfire came from a vehicle.

Durham police have yet to say whether the incidents are related. 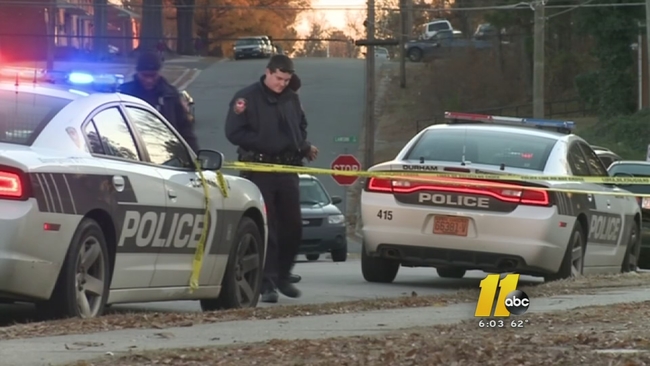 Up to an inch of snow accumulation possible Thursday morning