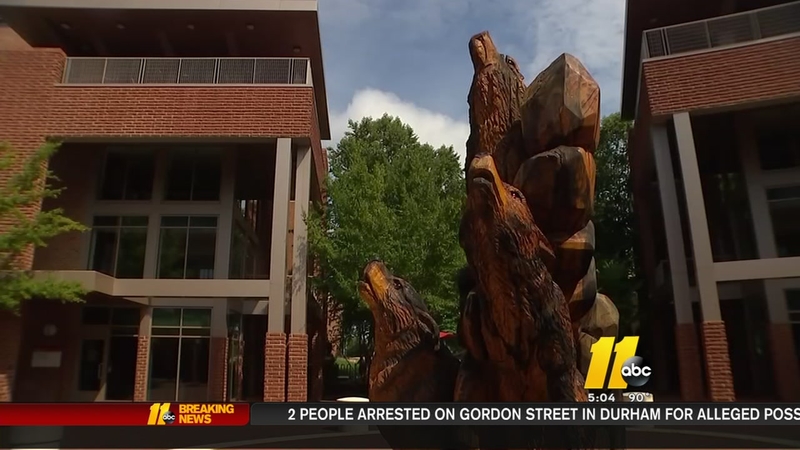 Authorities said the assaults happened at a party in Wolf Village.

Students woke up Sunday morning surprised to learn that three of their classmates had been sexually assaulted.

"It's a little scary," said rising sophomore Raniah Jeanlys, who lives in Wolf Village and received the alert.

Jeanlys was stunned to learn that the three woman were sexually violated by three male students they knew.

"Now it just makes you have so much anxiety when you're having friends because you don't know what their intentions are with you," she said.

That's according to RAIN, or the Rape, Abuse, Incest National Network.

School officials said they are taking these accusations seriously and are continuing to investigate. They issued this statement:

"Late Saturday night, NC State University police received three reports of sexual assault from female students. These sexual assaults were alleged to have occurred Friday evening; all of the complainants were attending the same party at Wolf Village, a University Housing facility on campus. These are serious allegations, and the university is cooperating with law enforcement and the District Attorney's Office in the investigation. In addition, the university is investigating these matters as promptly as possible under established university policies and procedures, while working to ensure support is provided to the complainants and due process is provided to the respondents. We will provide additional information only as confidentiality permits and without jeopardizing the investigation."

So far, the three men accused of the crime have not been charged.

Officials are asking anyone with information to come forward, but say they're glad that the victims are speaking out.

"We're thankful that people were willing to come forward," said NC State campus police chief Jack Moorman. "We're thankful that people stepped forward and make us aware of these allegations, but it's a long and difficult process. Now, we want to make sure we're not just investigating the crime, but that our students have the support that they need."

Tips Jeanlys hopes students who attended the party will notify campus police rather than staying quiet or shaming the victims.

"I always hear about things like, 'What were they doing at the party?" she said. "'Why were they out so late?' Leave the victims alone and focus on trying to get the suspects!"

According to the latest statistics, sexual assaults are up at NC State University.