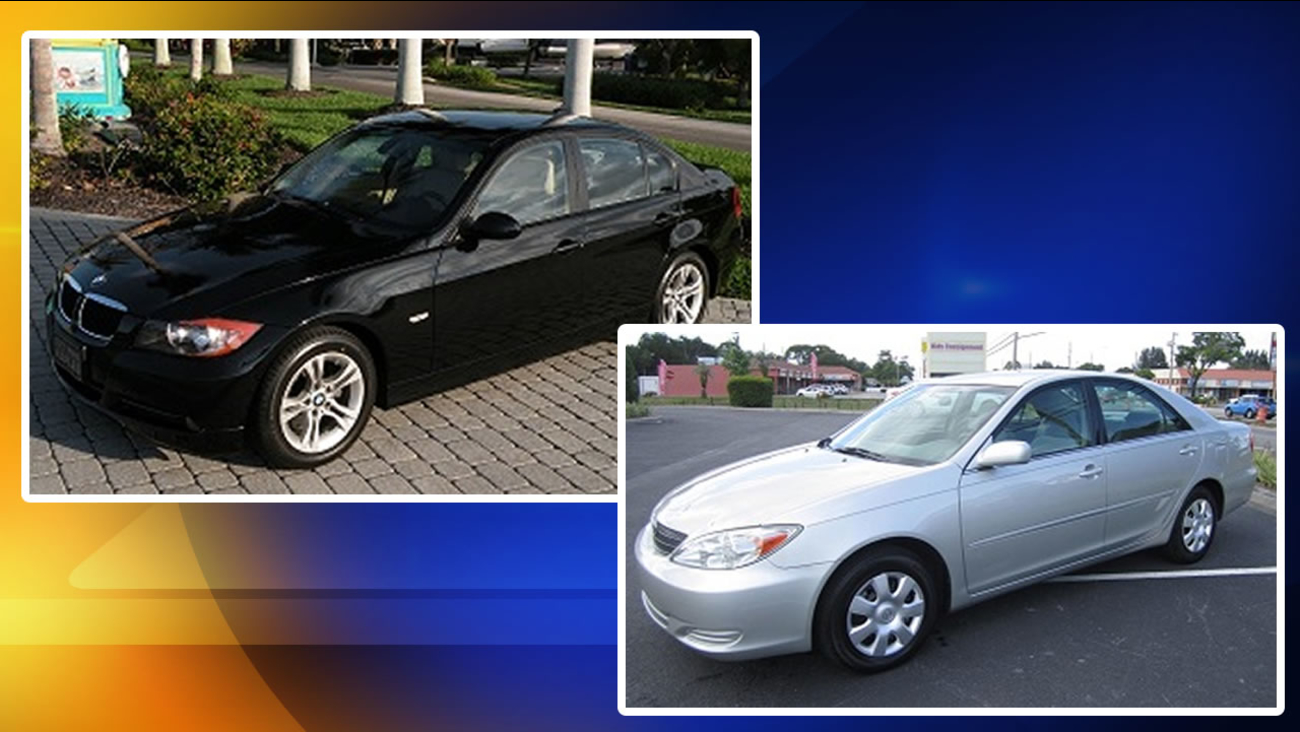 FAYETTEVILLE (WTVD) -- Detectives with the Fayetteville Police Department have determined a car found burned last Tuesday was stolen from the same car lot where a man was murdered.

Police said the vehicle they found burned at the dead end of Squirrel Street last Tuesday, before the discovery of Wallace's murder, is the Silver Toyota Camry they were looking for.

Forensic technicians were able to match the burned car's VIN number with that of the missing Camry, police said Saturday.

The 2008 Black BMW 328i and the Independent Dealer Plates have not been recovered.

Anyone with information regarding this incident is asked to contact Detective Walker with the Fayetteville Police Department at (910) 237-9391 or Crimestoppers at (910) 483-TIPS (8477). Crimestoppers information can also be submitted electronically, by visiting http://fay-nccrimestoppers.org and completing the anonymous online tip sheet or by text-a-tip on your mobile device by sending a message to 274637 (in the text box type "4Tip" followed by your message).