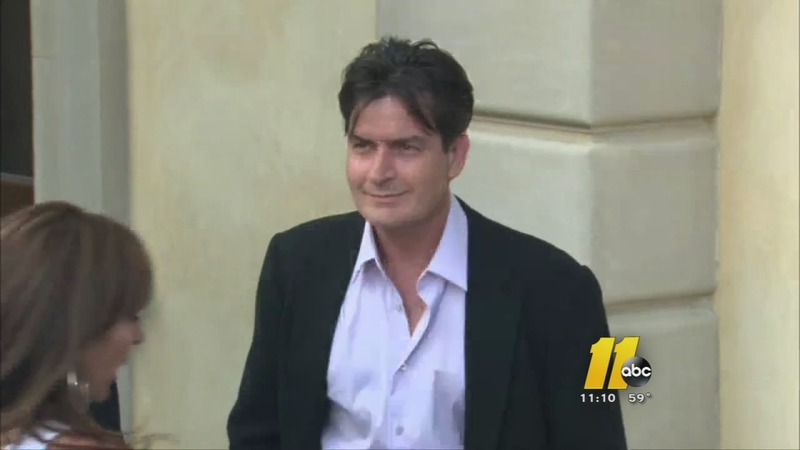 CHAPEL HILL, NC (WTVD) -- 'Then and now' is how one Chapel Hill doctor describes the progression of the fight against HIV.

ABC11 sat down with Dr. Myron Cohen with the Division of Infectious Diseases at UNC CHapel Hill Tuesday. We reached out to him for his thoughts after Charlie Sheen made that bombshell announcement when he told fans he is HIV positive. Sheen has known his HIV status for four years.

Right now, about 1.2 million people in the United States are living with the virus that causes AIDS, but the diagnosis is no longer a death sentence for patients.

"This infection is easily treated and it's treated with a single pill or a few pills a day, people are treated thoroughly and effectively have robust health and a normal life span, so then and now have no relationship to each other," said Dr. Cohen.

Dr. Cohen said he has been studying the epidemic since it first popped up in the 80s. He started with UNC in 1980 and saw his first case in 1981.

Dr. Cohen said he watched Sheen's story. He's glad Sheen is talking about it and he hopes this will help remove the stigma that still exists. Dr. Cohen said HIV is much more manageable than it used to be and some people only have to take one pill a day. He said with proper treatment, the disease can be contained.

"We have learned over the years through lots of research that when you treat someone with HIV effectively you suppress the replication, the growth of the virus, they're rendered no longer contagious," said Dr. Cohen, who stressed that is with proper treatment.

He said people need to get tested at least once in their lifetime and that early detection is key. Along with getting access to care and effective treatment.

The latest numbers from the Department of Health and Human Services show more than 28,000 people are living with HIV in North Carolina.

Dr. Cohen said researchers are working toward creating a vaccine against the virus and he's hopeful we will see a cure in our lifetime.