WTVD
CHAPEL HILL, North Carolina (WTVD) -- The Chatham County Sheriff's Office has called off a lengthy manhunt for a suspect wanted in connection with a shooting that injured a man Tuesday.

The search for the 28-year-old started late Tuesday morning after deputies said Soto shot a man around 11 a.m. in the 1100 block of Charlie Brooks Road in Moncure.

The victim, 21-year-old Jacob Hinson, was taken to the hospital, where he is currently in stable condition.

Following the shooting, authorities said Soto was considered "armed and dangerous" and may be accompanied by Kassidy Lowe.

Authorities took Soto into custody without incident around 2 a.m. and transported him to Chatham County for questioning. Lowe, who was found with Soto, was uninjured. Officials say she will also be questioned, but is not considered a suspect in the case. 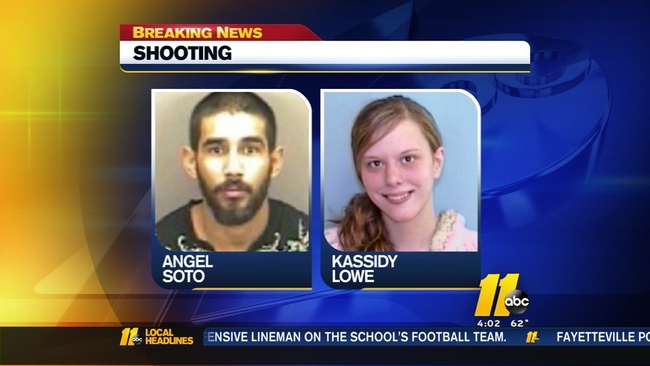