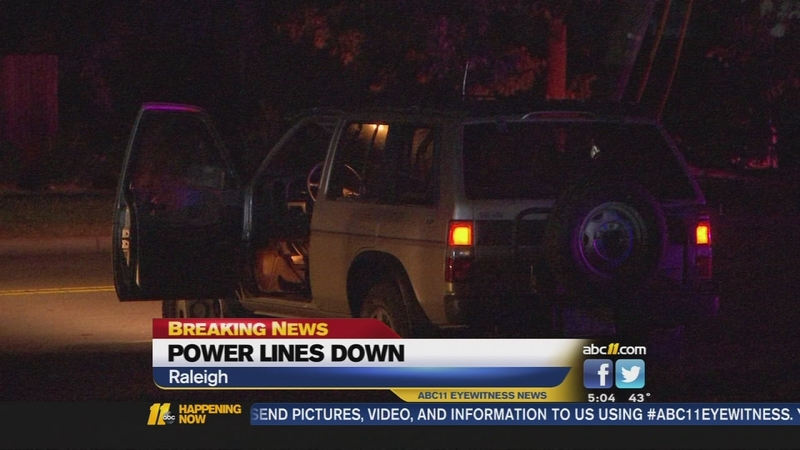 RALEIGH (WTVD) -- Hundreds of Raleigh residents were without power for hours early Thursday morning after an SUV crashed into a utility pole and knocked down power lines.

The accident happened around 12:45 a.m. on Brentwood Road between Lake Woodard Drive and Westinghouse Boulevard.

Raleigh Police Lt. Todd Jordan told ABC11 that the 20-year-old driver lost control of the SUV on the Beltline and struck the pole. No other vehicles were involved in the accident.

Jordan said the driver was arrested on suspicion of driving under the influence. The driver's name has not been released.

The incident knocked out power to almost 400 Duke Energy customers and blocked Brentwood Road for several hours. The roadway was reopened around 6:45 a.m.

Power is out to 364 people in Raleigh after pole struck. Updates this AM on #abc11eyewitness pic.twitter.com/syj2jR4eGJ