WTVD
WILSON'S MILLS, N.C. (WTVD) -- A 13-year-old boy from Apex died Monday from injuries he sustained in a crash on July 5 in Wilson's Mills.

Police said 38-year-old Julla Panneh, of Raleigh, failed to reduce speed and collided with a Toyota passenger car stopped at a red light at the intersection of U.S. Highway 70 and Swift Creek Road.

Witnesses told police that Panneh did not slow down prior to the crash. Police estimate the impact speed was between 55 and 60 miles per hour.

The name of the teenager who died has not been released. He suffered from head trauma. Two others were injured.

Police believe Panneh may have been distracted, which may have contributed to the crash. They have determined drugs and alcohol were not a factor in the crash.

Panneh has posted her $5,000 bond and has been released from the Johnston County Jail. Her next court appearance scheduled for late September. 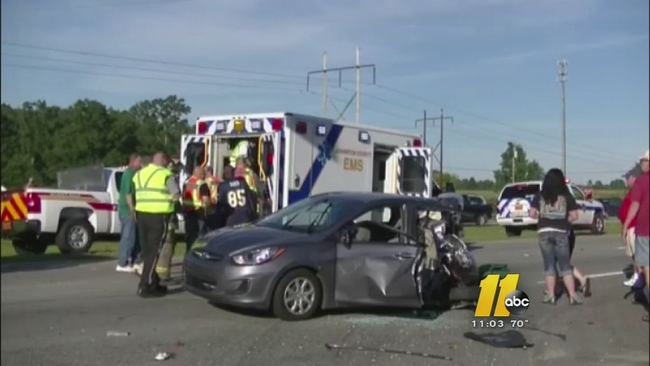