The facts behind the #WhereAreTheChildren campaign 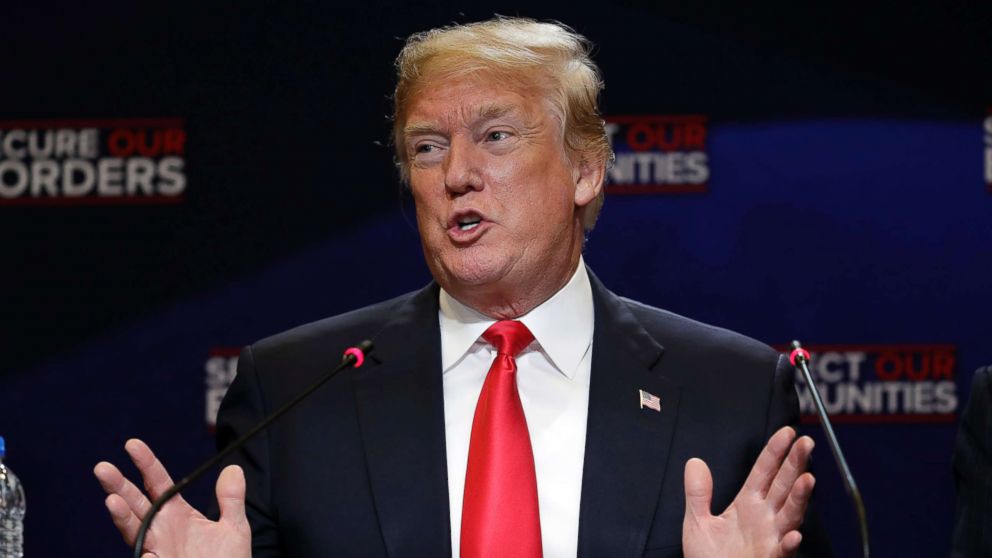 The Trump administration is pushing back against reports that a government agency "lost" nearly 1,500 unaccompanied minors who attempted to cross the border into the United States.

An official at the Department of Health and Human Services who oversees programs that place unaccompanied minors with families told a Senate committee last month that a department office "was unable to determine with certainty the whereabouts of 1,475 unaccompanied alien children."

The comment generated hundreds of thousands of tweets and hashtags to bring attention to the issue. Senators at the committee expressed their own concerns.

The administration claims the children aren't "lost" but that the sponsor families, some of whom were relatives of the children, simply couldn't be reached by officials.

Here is a fact-check on what you need to know about the debate over the immigrant children and their families.

Where are the children: What are the facts?

A number that was released a month ago has received a burst of attention on social media and among activists: the U.S. government has not heard from the families or guardians caring for 1,475 unaccompanied minors who'd attempted to cross the U.S.-Mexico border.

Some activists are saying these children were separated from their parents due to the Trump administration's new policy.

But that accusation is a conflation of two different dynamics.

Between October and December 2017, officials in the Office of Refugee Resettlement, which is part of HHS, tried to reach 7,635 unaccompanied minors who had been placed with sponsors living in the United States. They were unable to determine "with certainty" the whereabouts of 1,475 of those children, according to testimony from Steven Wagner, the acting assistant secretary in the administration for children and families at HHS, which oversees the refugee resettlement office.

All of the children in that figure arrived before DHS changed its policy to refer all cases of illegal immigration to prosecution, which requires children to be separated from their relatives that cross the border illegally. Most, if not all of the children in the 1,475 figure arrived in the United States alone, meaning there were no parents or other adults with them when they tried to cross the border.

Why does it matter?

Despite the administration's argument that they just haven't been able to reach these guardians, Democrats and advocacy groups have raised serious concerns about the risks if the government can't keep tabs on these minors.

In the hearing last month Sen. Rob Portman, R-Ohio, highlighted a situation he learned of in 2015 where eight unaccompanied minors from Guatemala were picked up by human traffickers and put to work on an egg farm in Marion, Ohio.

In that situation, he said the committee found that HHS didn't properly vet the people taking custody of those children and that after that problem HHS and the Department of Homeland Security under the Obama administration agreed to work together to improve policies on following up with unaccompanied minors.

"It's unacceptable that we can still be this bad at keeping track of these children and keeping them out of danger," he said in last month's hearing.

The subcommittee of the Senate Homeland Security Committee investigated that incident and issued a report that found the government did not have procedures in place to do background checks and follow up with the people taking custody of unaccompanied children.

In response to that report, HHS and the Department of Homeland Security agreed to coordinate on improved policies for keeping track of these minors, including instituting follow up calls.

On a conference call with reporters today, Wagner said one of the changes the two agencies are contemplating is fingerprinting children and their sponsors to ensure none are human traffickers, gang members or other potential criminals.

Some immigration advocated are opposed to mandatory fingerprinting yet Wagner said any concerns are unfounded.

"If someone is unwilling to claim their children from custody because they're concerned about their own immigration status, I think that de facto raises into question whether that person should be a guardian," Wagner told reporters.

What does the administration say?

A senior official at the Dept of Health and Human Services said the assertion that unaccompanied children are "lost" is a complete mischaracterization of the situation in a statement Monday.

Deputy HHS Secretary Eric Hargan said that the numbers are from follow-up calls from the Office of Refugee Resettlement and represented instances where the guardian or family of these children could not be reached by the office, in some cases because the family members are also illegal immigrants and do not want to communicate with federal authorities.

"These children are not 'lost'; their sponsors-who are usually parents or family members and in all cases have been vetted for criminality and ability to provide for them-simply did not respond or could not be reached when this voluntary call was made," Hargan said in a statement.

HHS says that just because those children are unaccounted for does not mean they are missing. Many of them have been placed with sponsors who themselves are in the United States illegally, so it would be logical for them not to answer a voluntary call from a federal agency checking up on their charge.

HHS officials said in a statement that there are underlying problems here that Congress needs to address.

Steven Wagner, acting assistant secretary for children and families, said the program "...is being abused. It was never intended to be a foster care system with more than 10,000 children in custody at an immediate cost to the federal taxpayer of over one billion dollars per year."

What is the reaction?

The #WhereAreTheChildren campaign has sparked passions on both sides of the immigration issue, with both sides picking up on selected facts and statistics to make a political case. But it's a complicated issue not easily summed up to 280-word tweets and single images - which the president weighed in on this morning.

Democrats mistakenly tweet 2014 pictures from Obama's term showing children from the Border in steel cages. They thought it was recent pictures in order to make us look bad, but backfires. Dems must agree to Wall and new Border Protection for good of country...Bipartisan Bill!

Separate from the unaccompanied children who went unaccounted for in 2017, the Department of Homeland Security recently changed its policy on prosecuting illegal immigrants, announcing in early May that it would prosecute 100 percent of such cases, including those seeking asylum who did not go to a recognized port of entry. Previous administrations did not prosecute such asylum cases.

"If you are smuggling a child, then we will prosecute you and that child will be separated from you as required by law," Attorney General Jeff Sessions said at a May 8 event where he officially announced the new policy.

This has opened up the administration to accusations that it is unnecessarily separating parents from children. Advocacy groups including the Florence Immigrant and Refugee Rights Project have cited increases in family separation cases beginning in July 2017, before the administration announced the new policy.

But the Trump administration asserts that the new policy is necessary because more and more immigrants are trying to fraudulently exploit existing law to gain access to the country. DHS asserts that it has seen asylum claims increasing 1,700% from 2008 to 2016, with more immigrants falsely claiming asylum in order to get into the United States. They also say they've seen a 315% increase from the previous year of smugglers trying to act as fake family units.

"Our immigration system is clearly being gamed by those who are aware of our loopholes," Jonathan Hoffman, Assistant Secretary for Public Affairs at DHS, told reporters during a conference call Tuesday. "There's a significant percentage of people who show up at our borders and claim asylum who are not eligible for it or are just openly fraudulent claiming it."

The chief loophole that DHS says smugglers are exploiting, by bringing children with them and pretending to be families, is a policy called the Flores Agreement, established in 1997, which prohibits federal authorities from detaining children for more than 20 days before releasing them to HHS, which then tries to find a sponsor or foster care for them.

Adults must be kept in federal custody while awaiting their court cases and children are not allowed to stay with them there. That has always been the case, including under the Obama administration. But once the parents were released from custody after their initial hearing, DHS under President Obama kept the families together in detention centers for up to 20 days, then released them into the U.S., giving them a "Notice to Appear" requirement for a future court date.

That policy has become derisively known among critics as "catch and release."

White House senior policy adviser Stephen Miller explained the administration's position on Florence on the conference call, saying it "prevents a family unit from being detained together past a certain period of time."

Miller and other officials on the call said Congress should act to either get rid of the Flores Agreement altogether, which would lengthen the amount of time minors can stay in DHS custody, or expand detention spaces to allow for entire family units to stay together to maintain, Miller said, "a safe environment throughout the entirety of the case."

A spokesman for Democratic Leader Sen. Chuck Schumer, D-N.Y., said in response to Miller's calls for Congress to act, "The president can blame Democrats all he wants, but this wasn't happening until a few months ago. It is a direct result of the president's own actions."

What critics are saying

Advocates for immigrants affected by the new policy say it is unnecessarily inhumane, and that the administration can do more to keep families and children together.

"There is overwhelming evidence that separating these children is causing trauma and likely permanent trauma. They are looking for their parents for protection," Lee Gelernt, deputy director of the ACLU Immigrants' Rights Project, told ABC.

Gelernt argues that the administration should focus on keeping parents and children united while the parents await a court decision. While the ACLU is not in favor of family detention centers, and would prefer to see parents still released with their children, they say it's better than separating them.

"We don't believe that's where they should be held if they're asylum seekers but we're now in a situation where that's the least bad option," Gelernt said.

He added that advocates are also worried that cases of family separation may deter legitimate asylum seekers from trying to cross into the United States.

The ACLU filed a class action case in March challenging the new policy, citing a case where a Congolese woman was separated from her daughter at a San Diego border crossing. The mother, "Mrs. L," was held in San Diego, while her daughter was sent to a facility in Chicago. Gelernt said that by the time he argued the case, the ACLU was aware of 700 cases in which families had been separated.

The duo has been reunited - and DHS Secretary Kirsten Nijlsen has said the department is "learning a lot" from Mrs. L's ordeal - but the ACLU says it will continue to fight against the policy as long as it is in effect.