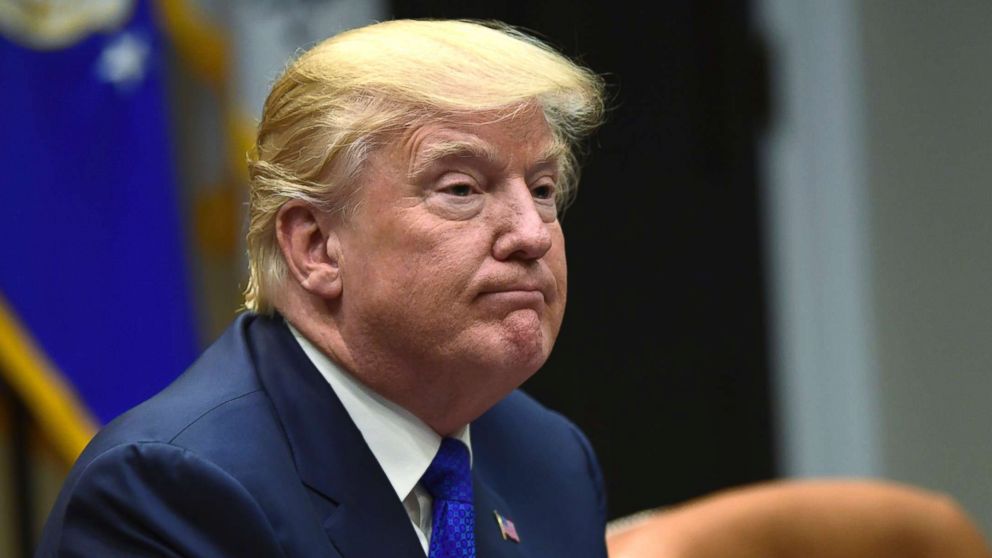 ABCNews
By VERONICA STRACQUALURSI
The White House is defending President Trump's retweets of videos from a fringe British nationalist group that purportedly show Muslims engaging in acts of violence.

White House press secretary Sarah Sanders insisted the president was not pushing an anti-Muslim propaganda or offering an endorsement of the group, but instead making the case for national security.

Trump on Wednesday retweeted three unverified, anti-Muslim videos posted by the deputy leader of Britain First, a far-right party widely condemned as an extremist group that targets mosques and Muslims.

One of the three tweets includes video with the caption "Islamist mob pushes teenage boy off roof and beats him to death!" while another reads, "Muslim Destroys a Statue of Virgin Mary!"

Another video claims to show a "Muslim migrant" beating up a "Dutch boy on crutches."

The videos - whose authenticity could not be independently verified - have been called inflammatory and Islamophobic.

The British government responded to Trump's actions in a statement, saying "it is wrong for the president to have done this."

"Britain First seeks to divide communities through their use of hateful narratives which peddle lies and stoke tensions. They cause anxiety to law-abiding people," the statement said. "British people overwhelmingly reject the prejudiced rhetoric of the far-right, which is the antithesis of the values that this country represents - decency, tolerance and respect."

Trump fired back on Twitter Wednesday evening, criticizing British Prime Minister Theresa May -- though he initially tweeted at the wrong account before correcting it.

As the deputy leader of Britain First, Jayda Fransen has been arrested on a number of occasions. This year, she was arrested for using "threatening, abusive or insulting words or behavior" during a speech in August. Last year, Fransen was arrested and found guilty for religiously aggravated harassment after she hurled insults at a Muslim woman wearing a hijab.

Britain First was formed in 2011 by former members of the British National Party.

Fransen responded to Trump's retweets on Twitter, writing in all caps: "Donald Trump himself has retweeted these videos and has around 44 million followers! God bless you Trump! God bless America!"

Nihad Awad, the executive director of the Council on American-Islamic Relations (CAIR), condemned the president's tweets as "incitement to violence against American Muslims."

"By his unconscionable and irresponsible actions this morning, President Trump is clearly telling members of his base that they should hate Islam and Muslims," Awad said in a statement Wednesday. "These are actions one would expect to see on virulent anti-Muslim hate sites, not on the Twitter feed of the president of the United States."

Britain First's mission statement states that "Christianity in Britain is under ferocious assault" and that "Britain First has a proven track record of opposing Islamic militants and hate preachers and this fightback will continue."

"We want Islam banned in the UK," Fransen said in an interview in March with Australian Broadcasting Corporation. "We don't see why we should have to implement sharia law and sharia courts and have people wearing burkas, Islamic schools, mosques everywhere in our Christian country."

As a presidential candidate, Trump had said he believes "Islam hates us."

"There's a tremendous hatred. We have to get to the bottom of it. There is an unbelievable hatred of us," Trump said in a March 2016 interview with CNN.