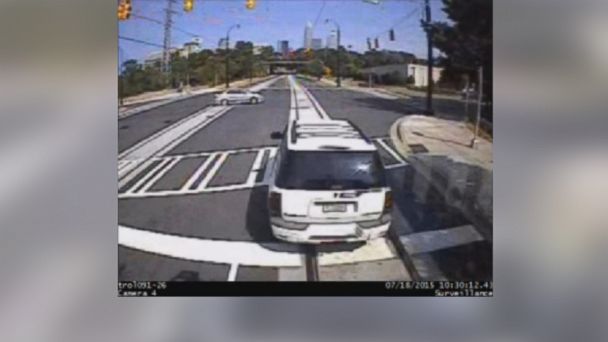 CHARLOTTE -- Passengers can be heard screaming and a child's voice can be heard saying, "I want to go home," on a newly released video of a Charlotte, North Carolina, streetcar rolling out of control over the weekend and crashing into an SUV.

"It was just two minutes of terror," said Lory Cobb, who was traveling on the streetcar with her husband, 4-year-old son and 2-year old daughter. "You don't have control, there's just nothing you can do and my whole family is on this trolley. There's no word besides terrifying."

An investigation into the accident continues, according to the Charlotte Area Transit System, which runs the streetcar system.

"A police report said that it was going 25 mph at impact," CATS spokeswoman Krystel Green added.

The 20 passengers in the streetcar were unharmed, according to a CATS statement, but some were rattled.

"We came up to the last stop at the end of the line and [the operator] never opened the doors," Cobb said, "and pretty much immediately it started rolling. I sensed something was wrong right then."

Attempts to reach the streetcar operator for comment through relatives were unsuccessful.

A man listed on a police report as an occupant of the SUV struck by the streetcar referred a request for comment to an attorney, who did not immediately return a phone call from ABC News.