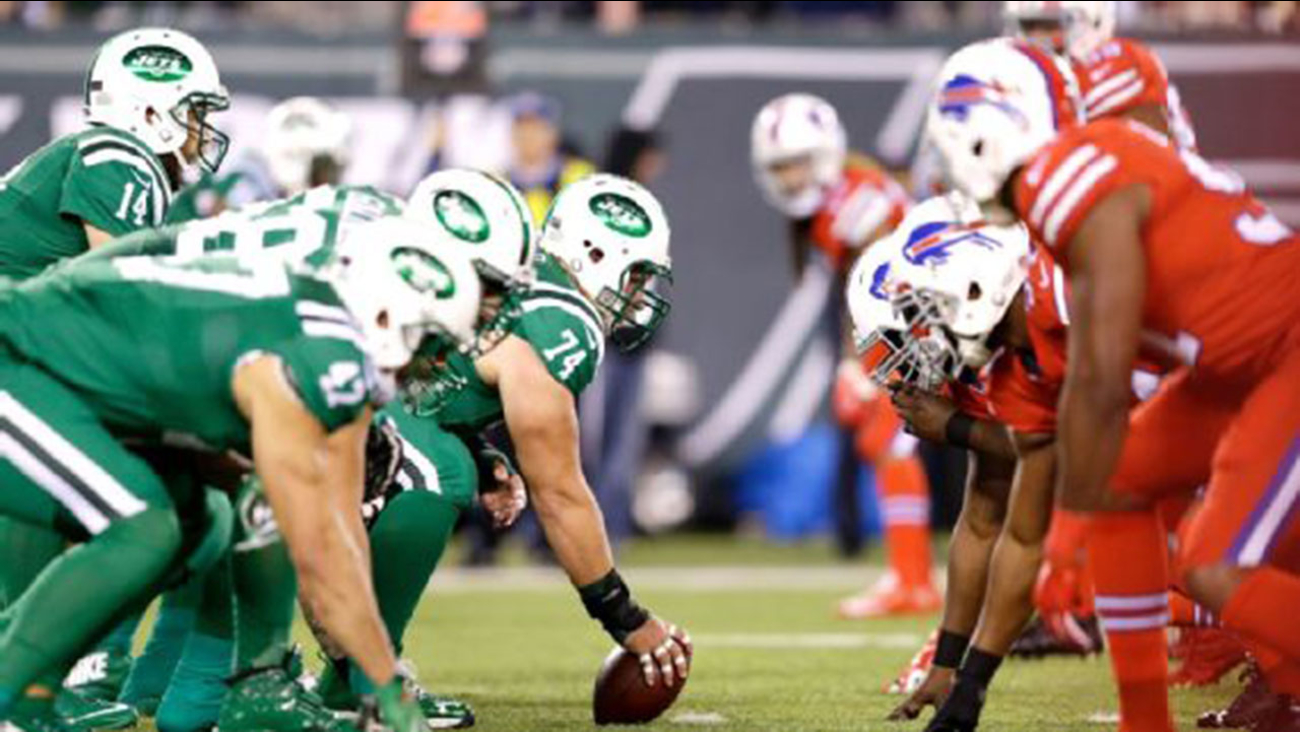 The colors of the Jets' and Bills' "Color Rush" jerseys proved to be a problem for fans who are colorblind. (Seth Wenig)

Former New York Giants kicker Lawrence Tynes was one of the affected viewers during the Bills' 22-17 victory.

If you are colorblind like me this @NFL game is going to be hard to follow. @buffalobills vs @nyjets

According to the National Eye Institute, as many as 8 percent of men and 0.5 percent of women worldwide with Northern European ancestry are in some way colorblind. Recent estimates suggest that 10 million Americans suffer from it.

Red-green colorblindness is the most common. Some NFL fans on Twitter said Jets and Bills players looked green to them, a view exacerbated by the green turf at MetLife Stadium.

8 percent of men, about 13 million Americans, are colorblind, usually red/green. This is torture to us.#BUFvsNYJ pic.twitter.com/N36qxNfntg

The "Color Rush" campaign will cover four Thursday night games between now and the end of the season. Instead of one team wearing a dark jersey and the other white, as the league traditionally requires, both teams will wear primary colors of their alternate third uniform.

Next week, the Tennessee Titans will wear powder blue and the Jacksonville Jaguars will wear full gold uniforms.

For the Bills' part, the uniforms were mostly well-received, although coach Rex Ryan said he at times grew confused about which team was which.

Did you like the new red & green uniforms the Bills & Jets wore in the NFL's "Color Rush" game last night?

"When I looked out there - and it's tough enough, I spent six years [in New York], I ain't the smartest cat of all time - but I spent six years coaching in green and white, so you kind of get it that way," Ryan said. "But hell, I look out there and my team's in red. Blue, I might have had a chance. But I'm like, 'Who are they? Oh shoot, that's us.'

"So, it's different. By the way, the red looks pretty cool. I might go with that instead of the blue one."

Running back LeSean McCoy said he liked the uniforms and that they "looked nice" and "fit well" but that in the heat of the game, there were bigger concerns.

"You know what, when 300 pounds are chasing you, you don't even recognize that," McCoy said. "All that stuff looks the same, seriously."

"I like the red," Bradham said. "It is something different. But I like the alternate colors, being able to switch it up and stuff like that. Red is my favorite color."