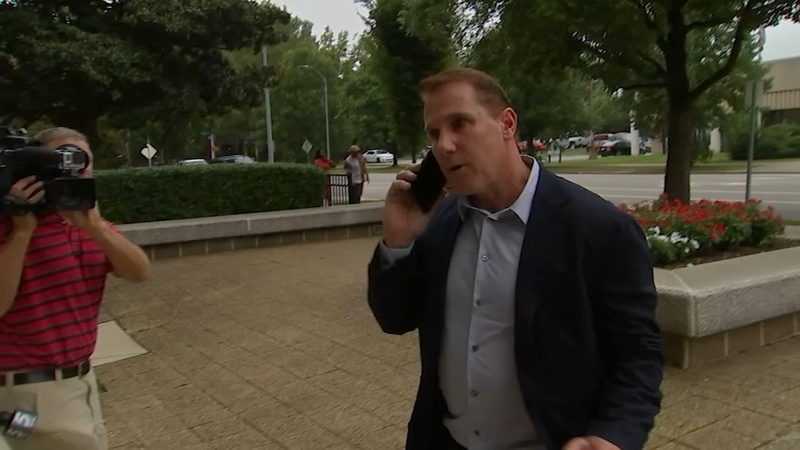 RALEIGH, N.C. (WTVD) -- Novelist Nicholas Sparks took the stand Thursday to testify about the 2013 departure of the former headmaster of a private Christian school he founded in North Carolina.

Nicholas Sparks, the famed author of "The Notebook," was at the federal courthouse in #Raleigh today for a defamation lawsuit. I asked both sides about the allegations. Take a look at this exchange. More info: #ABC11: https://t.co/REBhqQbK9H pic.twitter.com/J9FILV9WTS

The famed author of "The Notebook" took the stand Thursday to testify in the case.

Benjamin's lawsuit alleges that Sparks defamed him and violated the Americans with Disabilities Act.

Benjamin was in the headmaster's position for less than five months. He said he was forced out of the job.

Sparks testified that Benjamin's mental health was not a factor in the educator being asked to resign from the school or be terminated.

Benjamin told ABC11 that Sparks didn't support diversity at the school or an LGBT club there.

"It's one thing to say you admire and love all people," he said. "It's another thing to support them when they're at risk. That's what I was trying to do, is protect kids."

On the stand, Sparks said the LGBT club was also not a factor in Benjamin being asked to resign from the school or be terminated.