The same system that will bring rain to the Carolinas on Friday evening looks likely to bring some form of trouble to the Northeast by Saturday.

Related story: Snow next week? Depends on where you look

An area of low pressure brewing in the Gulf of Mexico will move north as a warm front on Thursday. It will spread moderate to heavy rain across North Carolina by Friday evening. But, it's what happens as it moves away from the Carolinas that has residents in the Northeast on the edge of their seats. Some models show it becoming a full blown nor'easter.

A nor'easter is an East Coast storm named for its predominant northeast wind direction. If you mention the word "nor'easter" in January or February, you'll usually incite a lot of fear and anxiety in residents of the Northeast and New England. In fact, the Nor'easter of Jan. 2015 dumped around 3 feet of snow on many New England States. The storm disrupted transportation, and snow emergencies were declared in six states. Thousands of flights were cancelled.

But will that be the case with this system? Multiple models show this warm front rapidly strengthening into a full fledged Nor'easter by Saturday. However, most signs at this time point to the storm bringing mostly rain to the Northeast.

Here's why. Most models have the system tracking too far off the coast for it to bring the amount of precipitation seen last year. And it's also expected to be a very fast moving storm. Many models put it moving from the Carolina coast to the coast of New England in in 24 hours. That would mean it wouldn't have time to dump insane amounts of rain or snow over any one area.

Here is a look at the GFS which shows the system dumping quite a bit of rain on the Northeast, a likely scenario.

The NAM or North American Model, shows the system moving further offshore, keeping most of the precipitation at sea.

At this point it looks as though it will be a mostly rain event with the potential for a little ice and snow. The National Weather Service is also on board with our forecast, that most of the rain may remain offshore.

Following our rain system on Friday, skies will brighten and Saturday will be a partly sunny and fairly mild day with highs in the 50s. Our attention then turns to Sunday. One computer model, called the GFS, develops a low pressure system over the Gulf Of Mexico and tracks it northeast towards the North Carolina coast. IF this were to occur, colder air moving into the region would support the chance for snow or a wintry mix for parts of central North Carolina during the day Sunday. A lot of folks are posting this model on social media, which of course gets everyone excited.

What you're NOT seeing are the other models we look at. Nearly all of these models keep the low pressure to our south and are forecasting a dry Sunday with highs in the mid 40s. So which one is right? At this point, the dry models seem more realistic, given the expected conditions in the upper atmosphere over the weekend. Since it's 3-4 days away, it's too soon to say with 100 percent certainty which model is correct. The disturbance which is forecast to spawn low pressure in the Gulf is still in the Pacific Ocean. Once it moves into California and into the upper air balloon network over the U.S., computer models will get a much better handle on any impacts here in central North Carolina. We'll update you tomorrow! 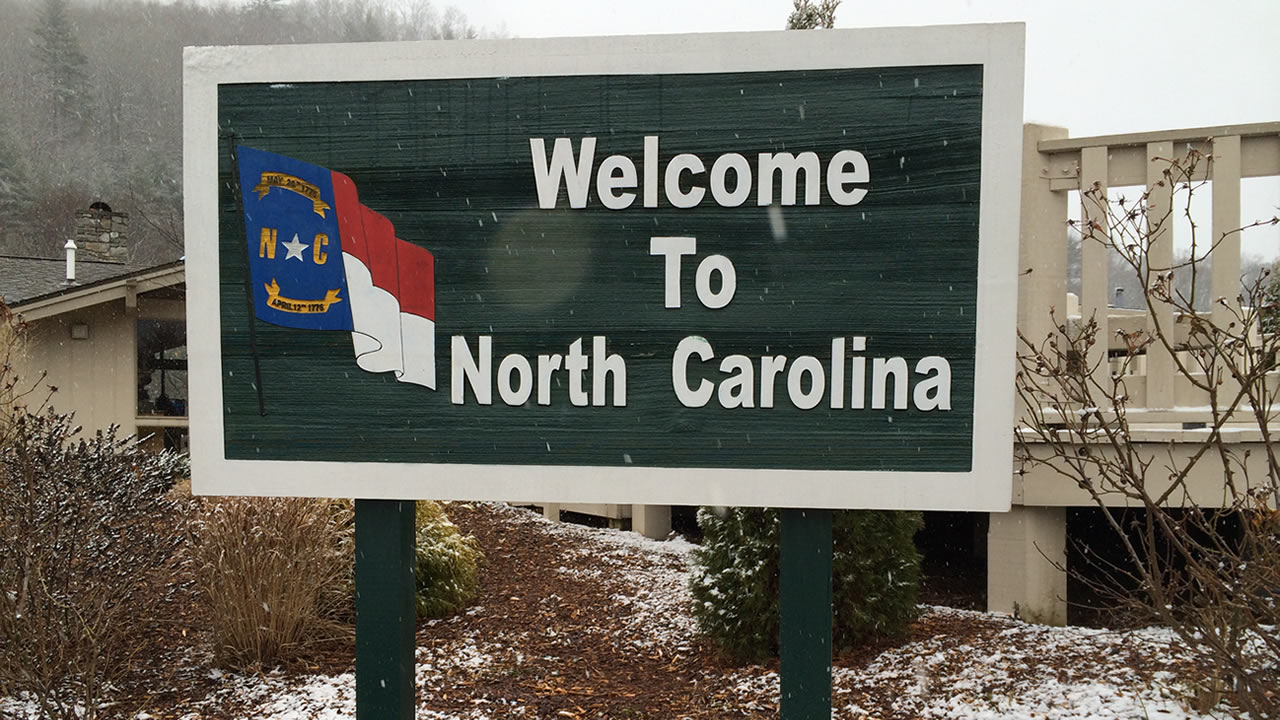 Your phone app is saying snow? We can explain why