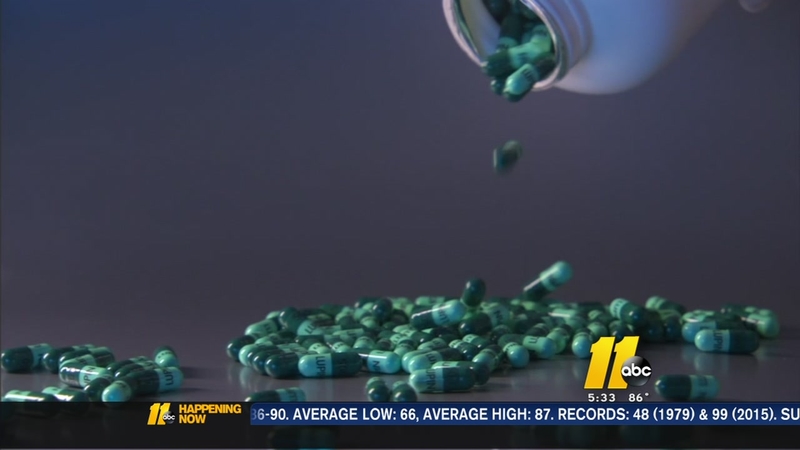 North Carolina, like much of the country, has grappled with the Opioid crisis.

"It is the worst in my opinion domestic epidemic that has ever faced the United States," said District 9 State Representative Gregory Murphy.

Since 1999, more than 12,000 people have died statewide from opioid-related overdoses.

Murphy, who has been a urological surgeon for decades, is the lead sponsor of Senate Bill 616, known as the HOPE Act.

"Anytime we allow the government to access private, sensitive information about our lives like our pharmacy, granting the government broad access to snoop through our medicine access without a warrant is deeply concerning," said Sarah Gillooly, Director of Political Strategy and Advocacy with the ACLU of North Carolina.

She believes the proposal is overreaching.

"We've seen broad, bipartisan concerns about this bill and about the potential to violate the privacy of North Carolinians. At the end of the day, accessing our pharmacy records should require a warrant or judicial review," Gillooly said.

Representative Murphy said the fears of prescription privacy prying are overblown, adding the legislation would allow law enforcement to keep up with dealers as the quickly make their way in and out of areas.

"The present process especially in rural areas to try and find a magistrate, go through a bunch of the hoops, is just not as timely as law enforcement needs," said Murphy.

Gillooly disagreed and said that a judge can sign a warrant on short notice if needed.

"The only proper authority to investigate somebody's pharmacy records is a warrant," explained Gillooly.

Murphy said he has not spoken personally to Governor Cooper about the proposal, which has passed both the House and Senate.