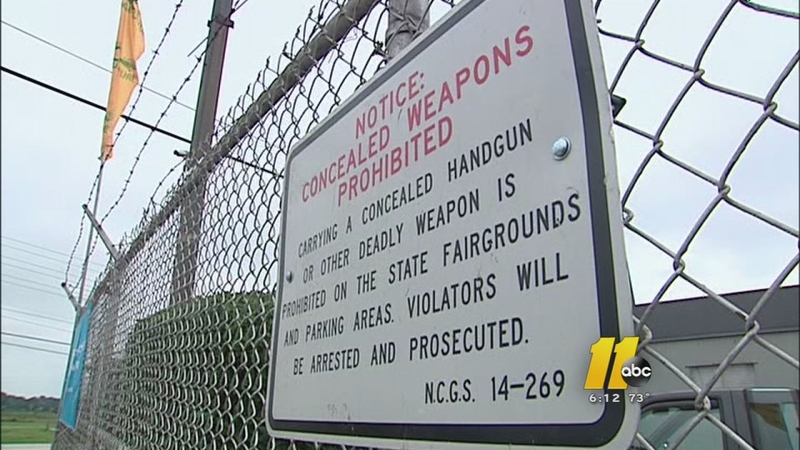 RALEIGH (WTVD) -- A pro-gun group says it will sue over a decision by North Carolina Agriculture Commissioner Steve Troxler to continue a ban on conceal/carry weapons at the NC State Fair.

Grass Roots NC's president said his group met with Troxler Monday to discuss a revised state law on where guns can be carried.

The law was passed after last year's NC State Fair.

The gun group's president conceded that Troxler, a Republican, is not known as liberal or anti-gun, but said that doesn't mean Troxler is right.

Paul Valone said Troxler is misinterpreting a clause in the law that says conceal/carry gun owners must leave their guns in a locked car while on state property.

Troxler's staff said his legal advisers are telling him he has every right to ban guns at the NC State Fair.

GRNC said it will quickly ask a judge for a temporary restraining order before the fair begins in two weeks. And, the group vowed to continue its fight even if it loses the first round.

It claims that if law-abiding citizens can't have guns to protect themselves and their families at the fair, then the only people at the event with guns will be criminals.

There will be a cursory search of items carried into the fair by visitors, and they will have to pass through metal detectors.