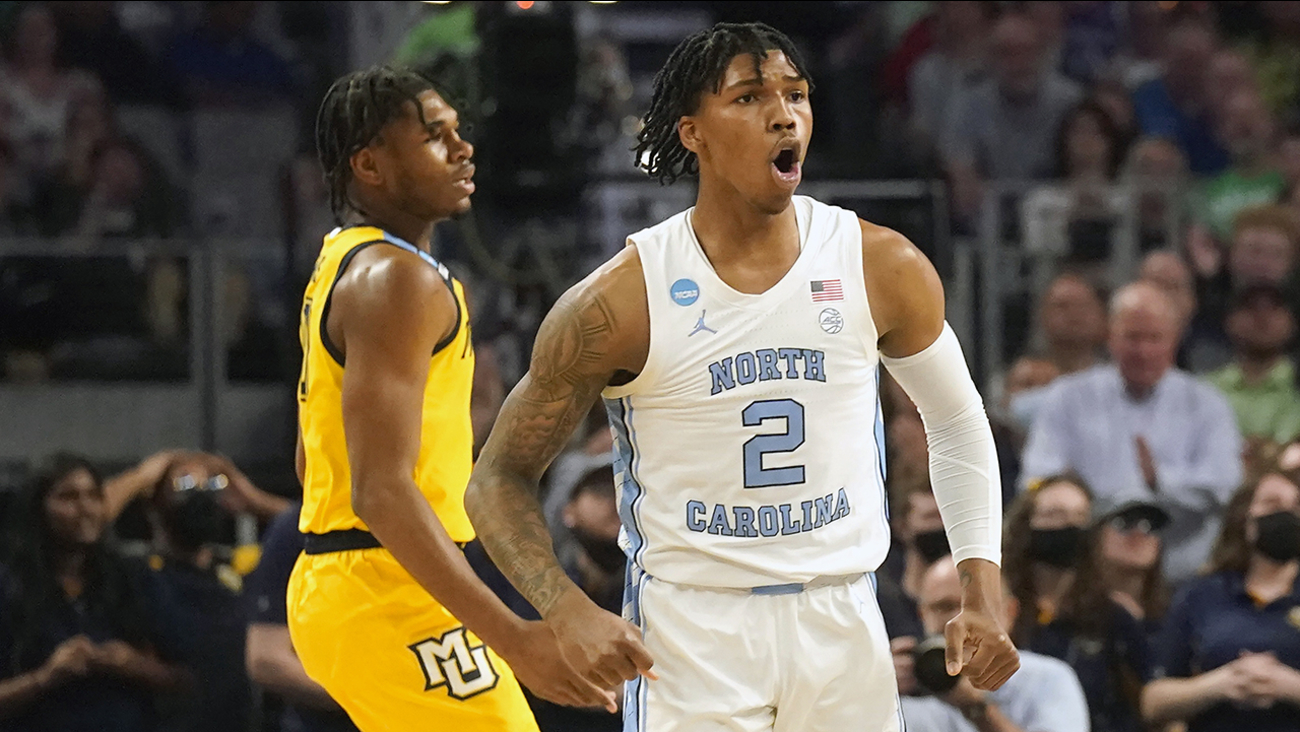 Caleb Love and the Tar Heels rolled past Marquette on Thursday in the first round of the NCAA tournament in Fort Worth, Texas. (LM Otero)

FORT WORTH, Texas -- North Carolina jumped out of the gate quickly and buried Marquette by halftime in a 95-63 victory on Thursday in the opening round of the NCAA tournament. It was the biggest blowout in a matchup of 8-9 seeds in tournament history.

Love made six 3-pointers, all in the first 19 minutes, to tie North Carolina's single-game tournament record as the Tar Heels (25-9) built a 28-point lead and gave first-year coach Hubert Davis a win in his NCAA tournament debut.

The Heels dominate from start to finish to get out of round one.

They will meet #1 seed Baylor on Saturday with a trip to the Sweet 16 on the line. pic.twitter.com/5Mytf2ehsJ

"Honestly, it really doesn't mean anything to me personally," said Davis, a player at North Carolina from 1988-92. "When I see Caleb and Brady (Manek) and Armando (Bacot) playing well like they did today, I know all the hard work that was put in during the summer and late nights, early in the mornings. It's almost like a father. I've got three kids, and it's a feeling of just being proud."

Manek led the way with 28 points. Manek, who also had 11 rebounds, finished with five 3s as he and Love combined to go 11 of 24 from long range.

Armando Bacot grabbed 10 rebounds on his way to the school season record (422). Bacot added another double-double for UNC, scoring 17 points to go with those boards. 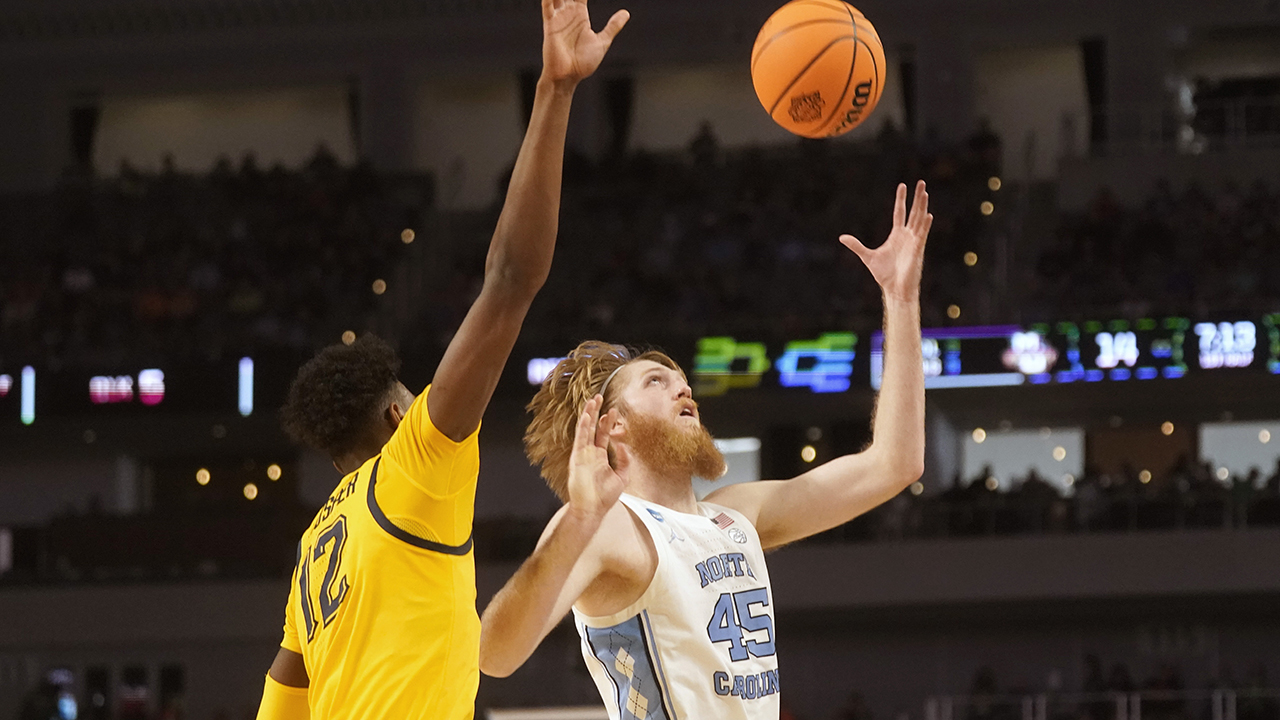 North Carolina forward Brady Manek had a double-double in the rout against Marquette.

RJ Davis had a career-high 12 assists for eighth-seeded North Carolina, which will play defending champion Baylor less than 100 miles from the Bears' Waco campus Saturday.

The win was in stark contrast to last year when the Tar Heels sent Roy Williams into retirement with his only opening-round loss in 30 NCAA appearances, an 85-62 rout at the hands of Wisconsin.

Shaka Smart's return to Texas was a dud a year after he took the Marquette job amid questions about his future as coach of the Texas Longhorns following a shocking first-round loss to Abilene Christian.

"I told the guys in the locker room after the game, we're not going to evaluate the entirety of our season based on one game," Smart said. "We're obviously really, really disappointed and upset with how today's game went. It's not up to standard that we set."

Smart, who lost all three of his first-round games in six seasons with the Longhorns, had one of three Marquette technical fouls in a span of 90 seconds late in the first half when he complained about a no-call. Kur Kuath got one for hanging on the rim after a dunk. Darryl Morsell was penalized on review after a scramble for a loose ball.

Just before the tech spree, Morsell ended up nose-to-nose with Love after trying to take the ball out of his hands when Love was called for stepping on the midcourt line while trying to dribble around the stocky Marquette guard.

After the Love-Morsell standoff, Davis turned to his bench with emphatic words of encouragement.

"I've been clear and definitive to the guys about what we need to do out there on the floor," Davis said. "There's been a number of times where teams have tried to push us around. And the only way that you can change that narrative of people thinking they can do that is if you swing back and be the first one to swing."

The Tar Heels were already up 18 when players from both teams had to be separated. It quickly got worse from there.