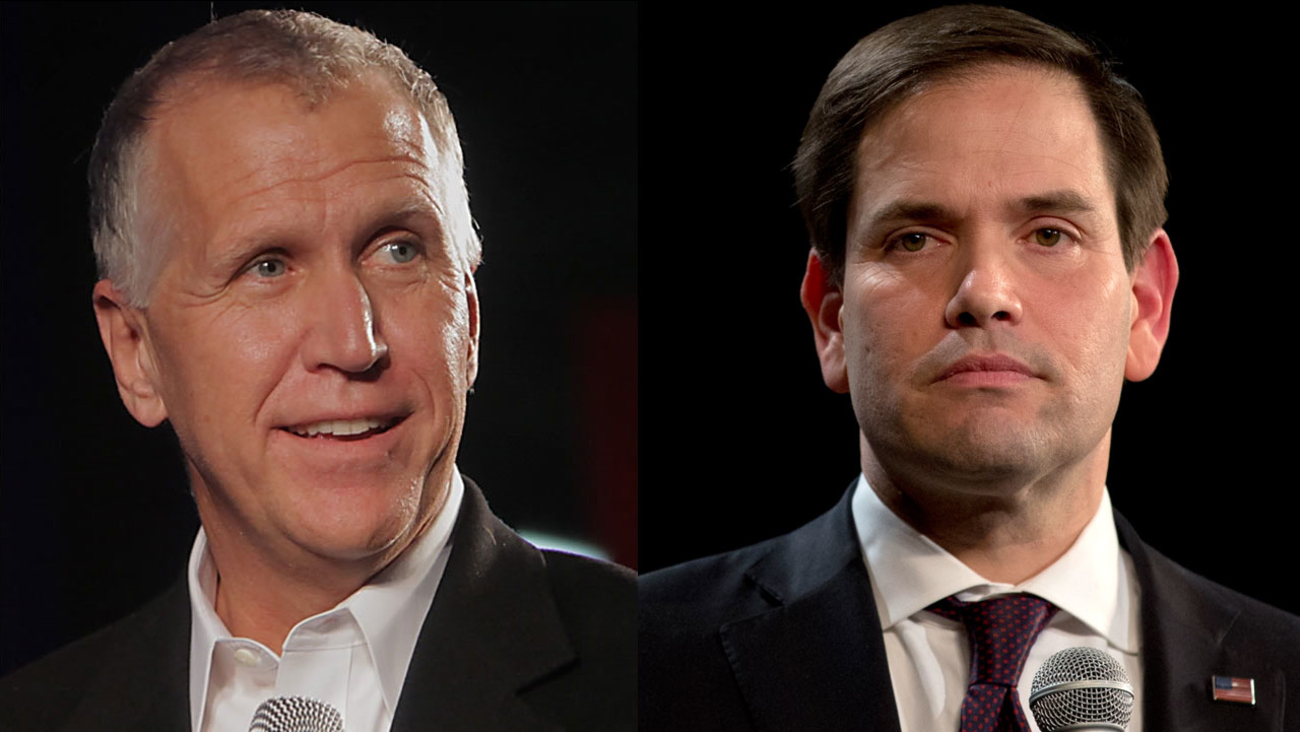 The backing by Tillis also comes three weeks before North Carolina holds its own primary on the same day as four other states, including Rubio's home state, Florida. North Carolina GOP activists, however, chose to distribute its delegates proportionally based on the primary vote, rather than a winner-take-all competition. But North Carolina, the 9th largest state by population and whose voters narrowly chose Mitt Romney in the 2012 general election and Barack Obama in 2008, remains a key state.

In a statement from Rubio's campaign, Tillis mentioned each of their "humble beginnings." During his 2014 campaign, Tillis talked about growing up in a poor family, and working in a warehouse and living in a trailer park at age 20. He ultimately graduated from college in his mid-30s and became a business consultant before entering politics. He and Rubio, the son of Cuban immigrants, are both first-term senators and former state House speakers.

"Marco lived the American Dream, and he will ensure that each and every one of us can do the same," Tillis said in the statement, adding Rubio "has the unique capability of drawing new people into the party, which is critically important in a swing state like North Carolina."

Rubio is seeking to consolidate his support after finishing second to Donald Trump in the South Carolina primary over the weekend and seeing former Florida Gov. Jeb Bush get out of the race.

The fact that Tillis is making an endorsement is a little surprising. In early January, when asked by The Associated Press whether he had a GOP presidential endorsement, he responded coyly: "the nominee."