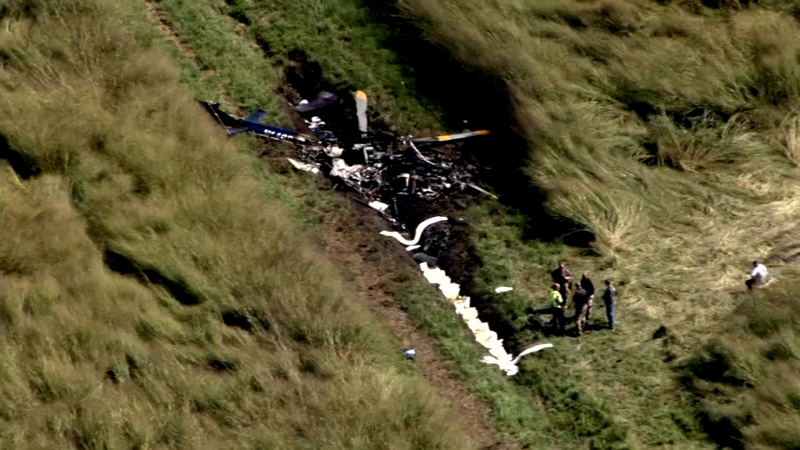 BELVIDERE, N.C. (WTVD) -- Equipment failures likely caused the pilot to shut down the wrong engine shortly before a fatal helicopter crash in North Carolina in 2017.

The crash happened September 8, 2017 in Perquimans County near Belvidere. The helicopter belonged to Duke Health. It was transporting two staff nurses and a patient to Duke Medical Center from Sentara Albemarle Medical Center.

The nurses, patient and helicopter pilot all died in the crash.

The national Transportation Safety Board determined that the accident happened after a failure in the rear bearing of the helicopter's number 2 engine.

That rear bearing failure caused "unexpected and confusing cockpit indications," according to the NTSB report. The pilot then shutdown the number 1 engine, which caused engine number 2 to degrade quickly and ultimately lose power entirely.

READ THE FULL REPORT BELOW


The NTSB said that the complete loss of engine power happened at a time and place that made it impossible for the pilot to safely make an emergency landing.
Report a correction or typo
Related topics:
nchelicopter crashduke university
Copyright © 2021 WTVD-TV. All Rights Reserved.
More Videos
From CNN Newsource affiliates
TOP STORIES