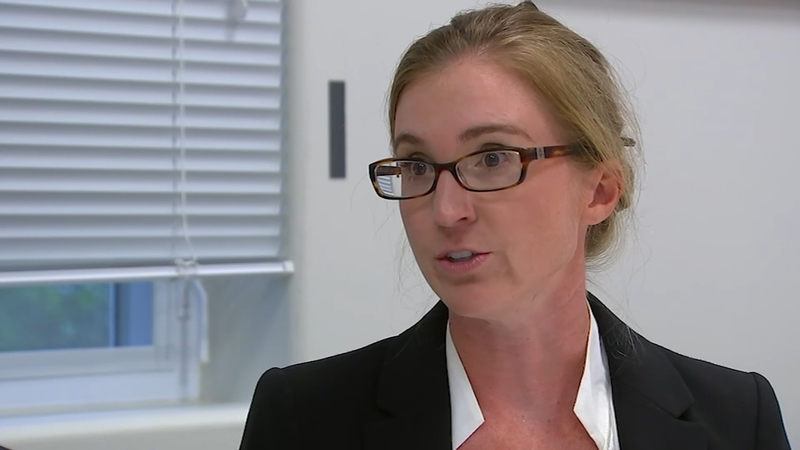 Autumn Davis said she was sexually assaulted at a Wake County hospital while she was trying to get a graduate degree at UNC Greensboro. She spoke to ABC11 on Tuesday.

She said when she complained to higher-ups within the UNC System, she was retaliated against.

Two suits have now been filed -- one against UNCG and the UNC System as a whole. The other is against specific defendants at UNCG.

"I know that unless I'm willing to take a stand there aren't going to be any changes," Davis said.

Davis has wanted to be an anesthesiologist since she was 12. The heart surgery she endured then led her down this path.

"I was excelling in my studies. I would've been an honors graduate and was doing very well," she said. "Within 30 days of me nearing completion was when I was dismissed."

Davis enrolled at UNCG's Doctor of Nursing Practice program in 2015.

As part of it, she had to enlist at the Raleigh School of Nurse Anesthesia. UNCG runs the program and assigns students such as Davis to do clinical work at various hospitals such as WakeMed and Rex.

"The named entities in terms of the wrongdoing would be UNCG and the UNC System," said Nicholas Sanservino, of The Noble Law Firm, who is representing Davis. "Other entities referenced in the complaint are not necessarily being accused of any wrongdoing at this point."

After she started, Davis claims a male nurse at Wake Med assaulted her.

"It started maybe with some sexually suggestive remarks that continued to escalate and that's why I continued to report it because it went from suggestive remarks to 'Would you strip for me because that would help to fund your schooling?'" Davis recounted. "He would wait for me outside the locker room, pressed himself up against me while he was aroused and I've found out since that that has happened to other students as well."

Davis said she reported it up the chain of command at UNCG.

"I was not protected and was actually reassigned to the same individual and it continued to escalate," she said. "I continued to follow the proper chain of command but I wasn't protected, and I was instead retaliated against."

Other lawsuits against UNCG show she is the first person to allege this kind of behavior at the nursing school.

Davis said she lost a chance at a huge job opportunity when she was kicked out of school.

UNC Greensboro said "We are aware of the allegations made by this former student, but we cannot comment in detail on pending litigation. We are confident that the facts of this case will enable us to both reach an appropriate legal conclusion and ensure the ongoing integrity of our academic program -- especially in life-saving disciplines."

"The proper people knew what was going on and the right thing wasn't done," Sanservino said.

Wake Med -- where the assault happened -- is not accused of any wrongdoing in the lawsuits, just UNCG, the UNC System and specific defendants including the dean of UNCG's school of nursing.

UNC's Board of Governors has said it is aware of the suit and intends to respond in court.