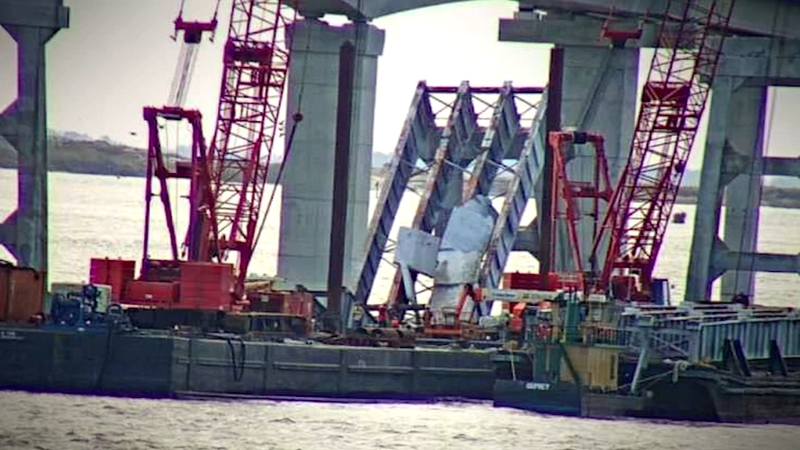 Coast Guard officials were called out to a section collapse of the Old Herbert C. Bonner Bridge around 4:45 p.m. An NCDOT spokesperson said the collapse was the result of a construction accident.

According to Sam Walker with OBX Today, a construction crew member was standing on the road deck at the time of the collapse. It is not confirmed that the worker was the victim killed in the collapse.

"They've been taking this thing apart like a jigsaw puzzle over the last two years and it looks like the vertical support structure collapsed on itself and what was the road deck fell at a diagonal angle into the inlet," Walker said.

The Herbert C. Bonner Bridge opened in 1963 and closed in 2019. The 2.8-mile-long bridge had been under a demolition project -- which was meant to take six months -- that has been underway for two years because of debris control.

The Bonner Bridge sits adjacent to the Marc Basnight Bridge, which replaced it in 2019.

"Having been over the Bonner Bridge, under the Bonner Bridge my entire life in boats and vehicles ... it was pretty dicey, to say the least. A lot of steel exposed," Walker said. "Think of it as a Jenga puzzle; if you take a Jenga apart one at a time, eventually the thing is going to collapse."

Officials have not yet released the name of the victim or any further details.