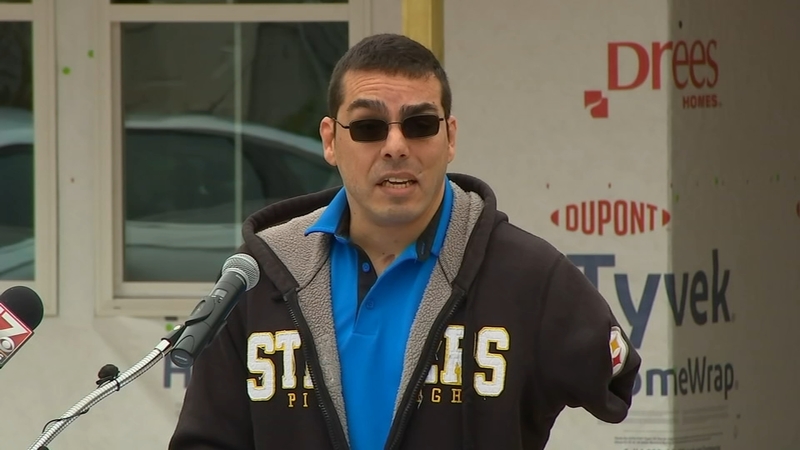 US veteran will soon receive newly built home in Durham

DURHAM, N.C. (WTVD) -- An injured U.S. veteran saw Thursday what will soon be his new home in Durham.

"I can't thank you guys enough for allowing me to be part of this community, to be a part of the U.S. Veterans Corps, now to part of Operation Coming Home and to be a part of Durham County," Michael Kacer said.


In June 2008, Kacer was inside a building in the Middle East when insurgents began firing rockets at him. He sustained multiple injuries to his head and back. His left arm even had to be amputated.

Kacer was at the construction site Thursday with his family. They will receive the keys to completed home this summer.