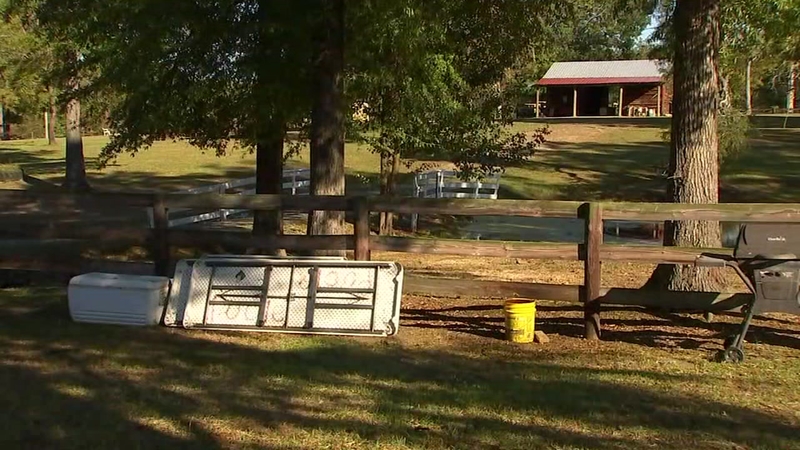 CEDAR GROVE, N.C. (WTVD) -- An 18-year-old woman has died after shots were fired during a large party at a barn in Orange County over the weekend, according to the sheriff's office.

Rashiya Melton has been identified as the victim in the shooting that happened in the 5200 block of Mill Creek Road around 1 a.m. on Sunday.

Emergency personnel responding to the scene found Melton behind a barn suffering gunshot wounds to the head, unconscious but breathing. She was airlifted to UNC Hospitals where she later died.

The shooting happened at Smokehouse Valley Farms where deputies say a fight broke out and then shots were fired.

In addition to finding Melton, deputies found a second victim suffering from a gunshot wound to the leg.

Both victims were taken to the hospital.

"As a parent, we always worry about our children when they are away from us, no matter what their age," said Sheriff Charles Blackwood. "It's difficult to make the call that no parent wants to receive. It's even more difficult when we don't have all the answers as to what happened to their child."

Deputies said alcohol and drugs were found at the party, and several 18-year-olds were among the guests who ran or drove away from the shooting.

Detectives also said some of the witnesses are not cooperating with the investigation.

Sheriff Blackwood said, according to witness accounts, there were two shooters.

No additional information was available.

"Crimes that occur at these kinds of events become more challenging for law enforcement to investigate," said Blackwood. "By the time we're called, everyone is gone and the people who were there often don't wish to cooperate or be identified, making it difficult, if not impossible, to gain accurate accounts of what happened from credible witnesses. At this point no arrests have been made, and we are unsure how many shooters were present or if there were other victims."

The owner of the venue tells ABC11 this is the first shooting ever on the property.

Investigators said there have been a number of calls to the venue over the years, but they did not want to go into detail as this is all still under investigation.