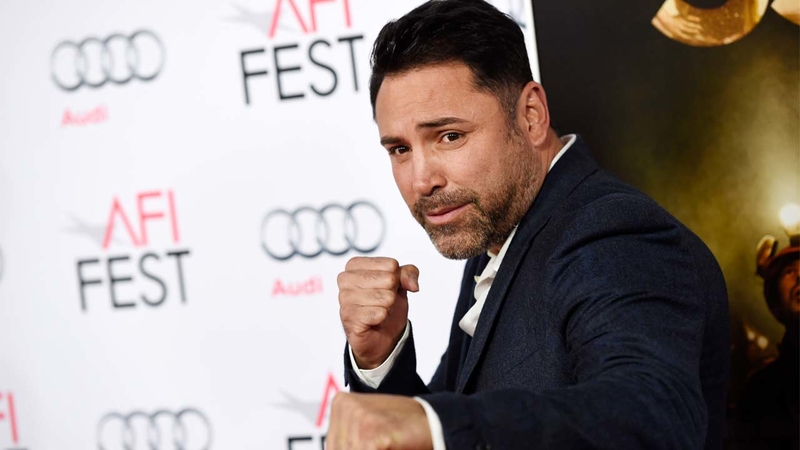 The woman, identified only as "Jane Doe" in the lawsuit filed Oct. 17, claims that in November 2017, De La Hoya held her down against her will and sexually abused her.

The plaintiff says De La Hoya had become increasingly intoxicated and asked the then-29-year-old woman to engage in various sex acts, which she declined.

She claims De La Hoya became angry and then assaulted her.

De La Hoya, 46, is the Golden Boy Promotions CEO and an International Boxing Hall of Famer.