Some jewelry is just too hard to let go of! Listen to this fun story about Oscar winner Forest Whitaker.

HOUSTON, Texas -- Shaftel Diamonds is no stranger to outfitting celebrities at the Oscars.

The family-owned business, a staple in Houston since the 1970s, has lent precious jewels to stars, including Yara Shahidi of the hit spinoff "Grown-ish," "The Office" actress Kate Flannery and Minnie Driver.

In years past, Shaftel's timeless pieces and dazzling diamonds showed up on the wrists and necks of starlets and on the pinky fingers of actors on movie sets (more on that in a second). 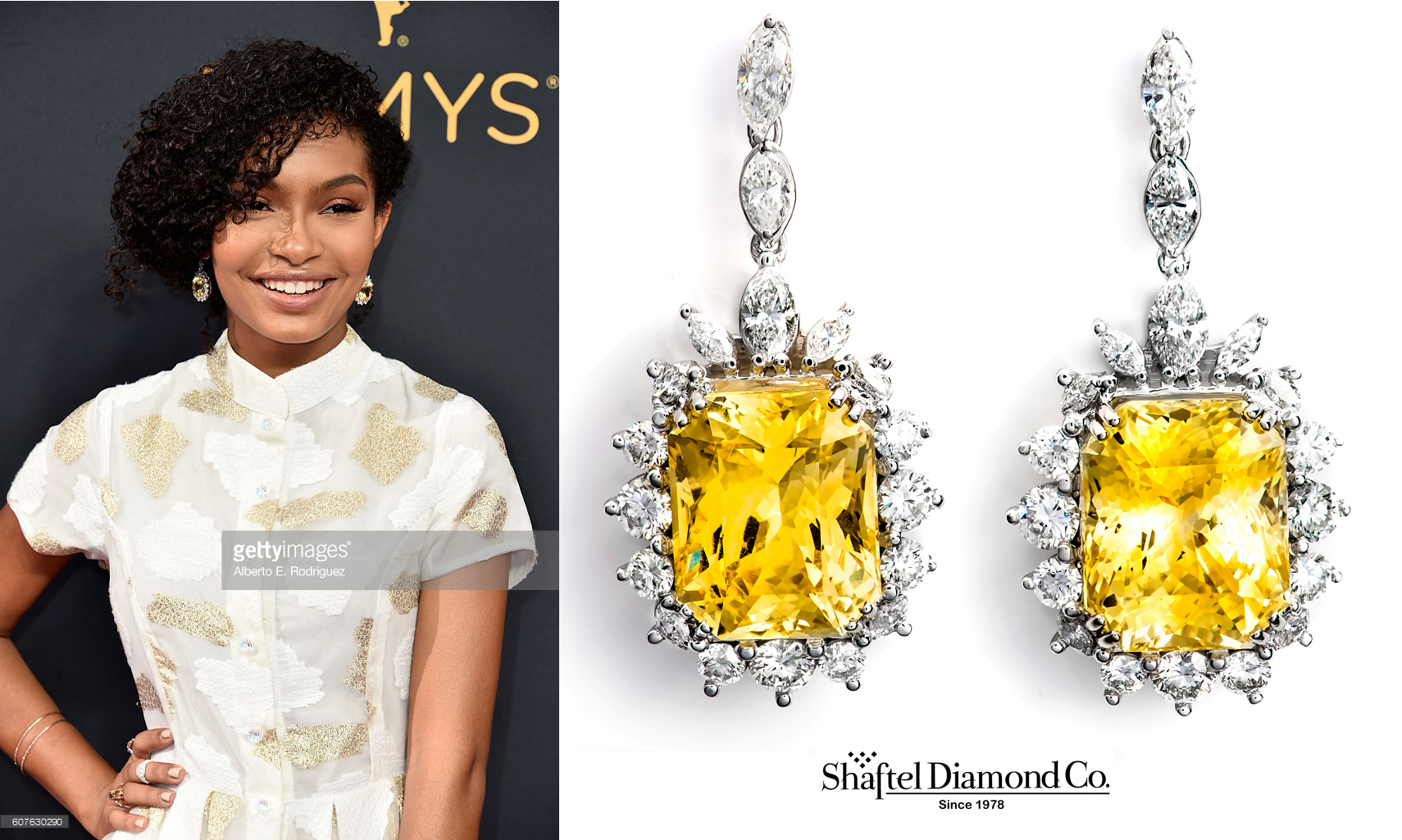 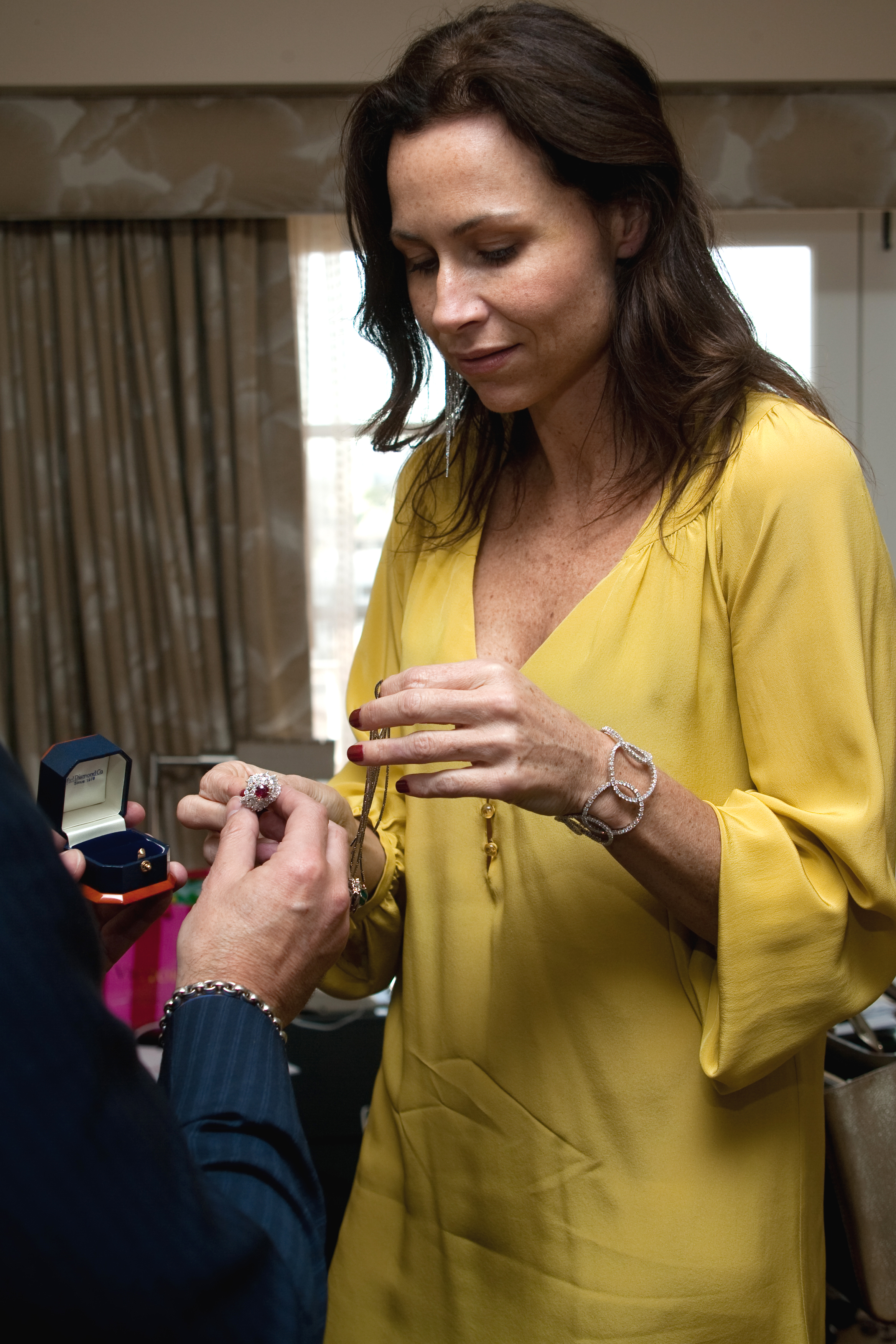 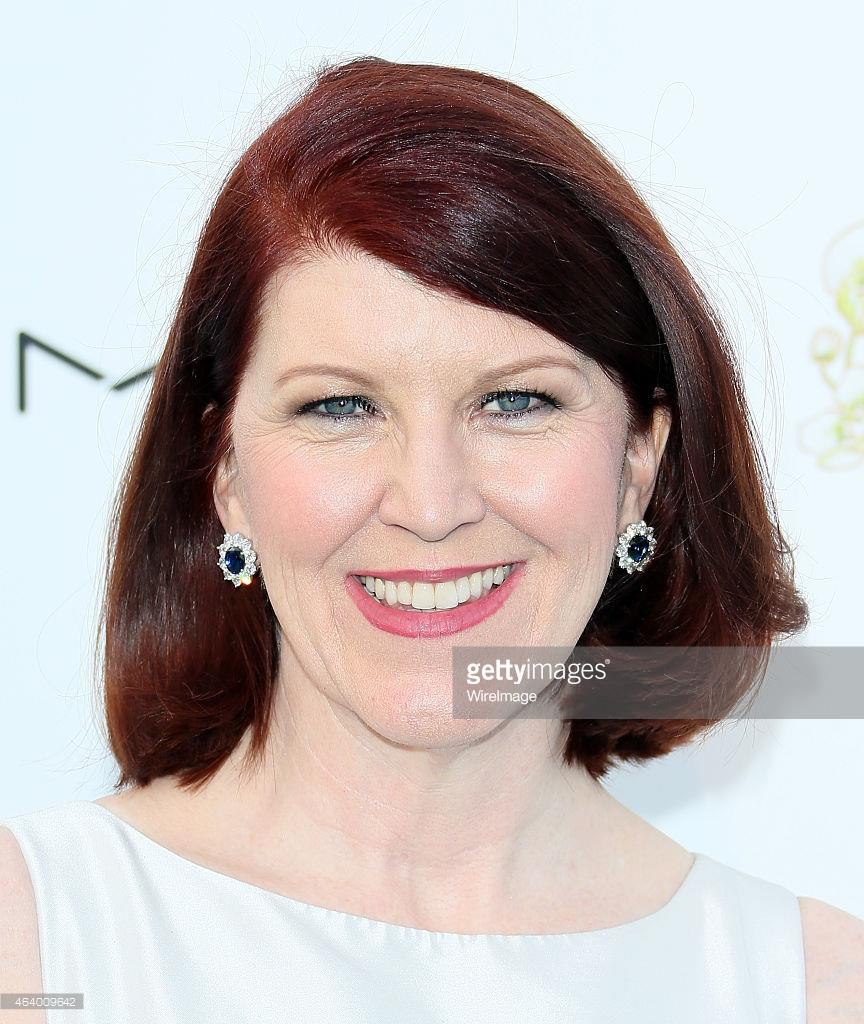 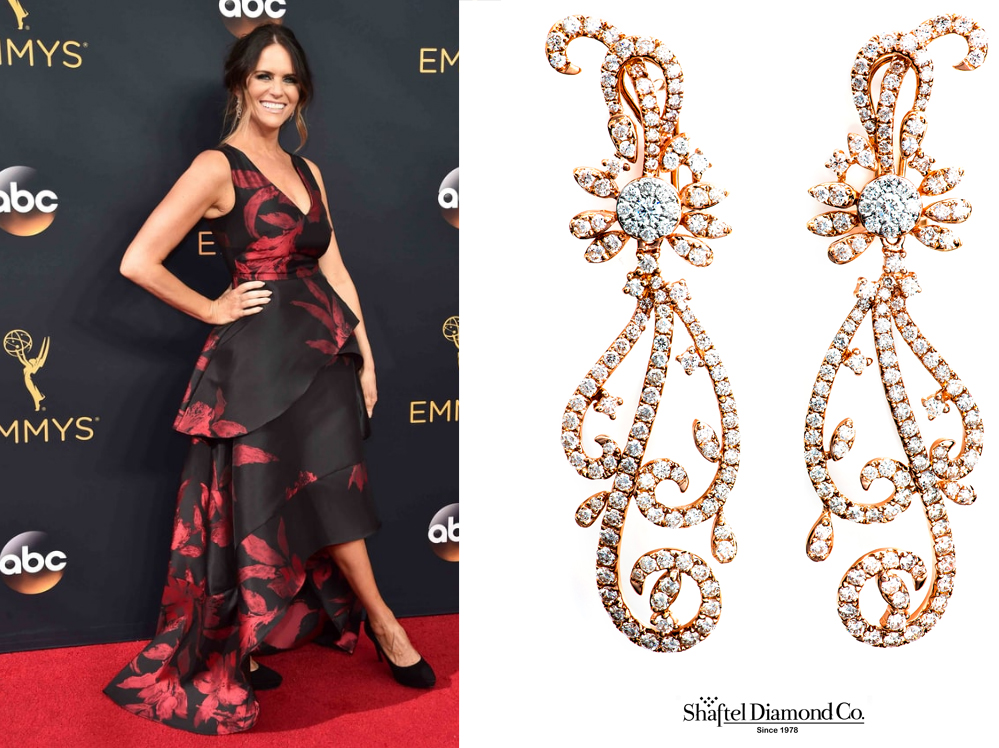 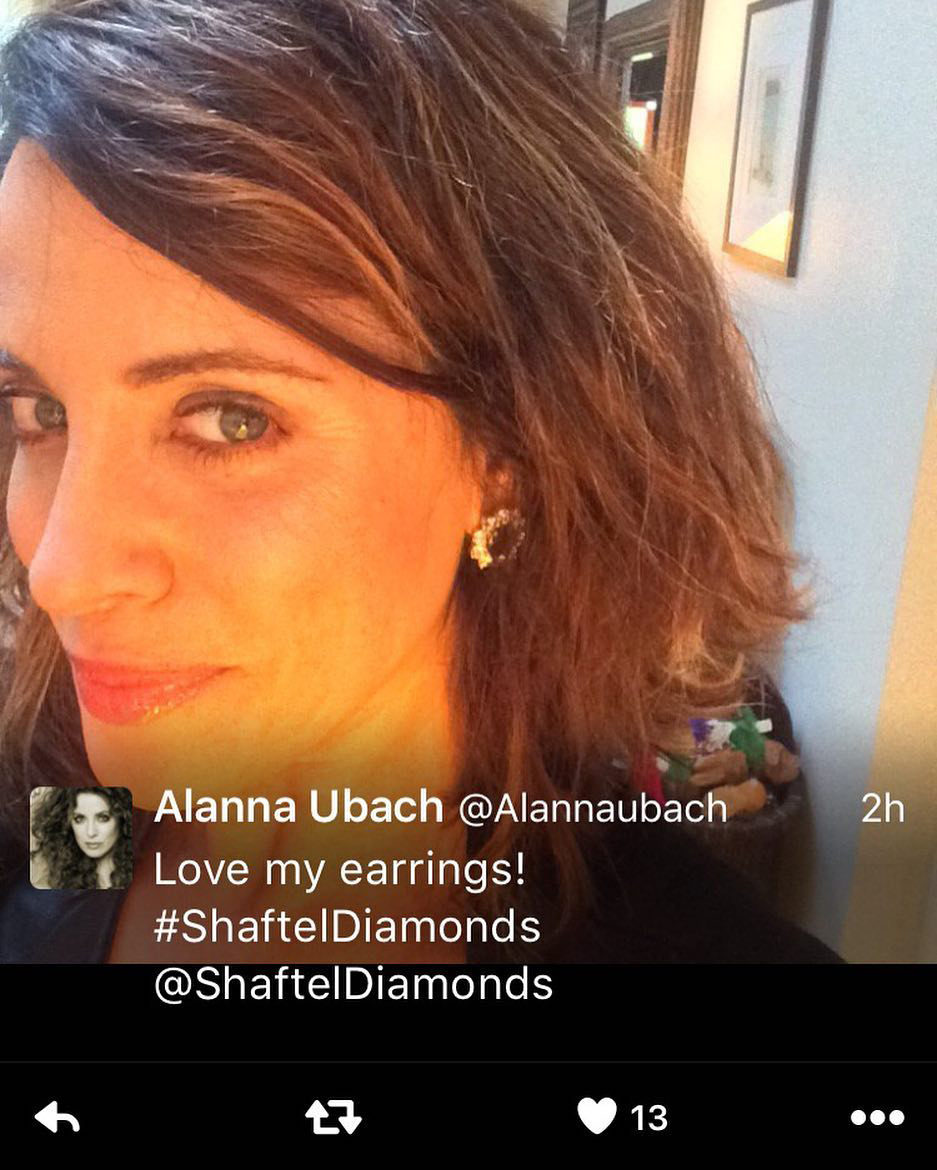 But like many events that have had to pivot because of the COVID-19 pandemic, the Oscars this Sunday will look different, and that means, it's unknown if the beautiful stones from Shaftel Diamonds that are prone to making an appearance at the ceremony celebrating achievements in film will twinkle among the stars.

"In the past it was great because we could have a whole suite at the hotel, and we can show them the jewelry and we can dress them up and we can match what they're wearing," said general manager Danny Shaftel.

This time around, what they'll be able to do is up in the air. But with over a decade of experience working with actors and stylists, there were certainly award-winning stories to share ahead of the big night.

Shaftel recalls how model Suki Waterhouse, who attended the ceremony with then-boyfriend Bradley Cooper as he was nominated for "American Sniper" in 2015, was spotted on the front row (next to Meryl Streep!) wearing a stunning 9-carat ruby ring valued at over $125,000 that would make Dorothy toss her ruby red slippers back to the land of Oz in a heartbeat.

While Shaftel said he never broke a sweat about the ring's whereabouts after the ceremony, elsewhere, there was a brief moment of panic.

"And that night, of course, they go out, and they have a good time. They're partying, and the next morning, our stylists didn't hear back from Suki or her publicist, and he's thinking, 'Oh my God, we just lost Shaftel's ring. It's not here, they're not contacting us, you know, they just kind of disappeared. Where are they?' And he's freaking me out, calling me. I said, 'Look, it's fine. I'm sure they just had a good time. They stayed out late,'" Shaftel remembers.

"And then, sure enough, later that day, they gave him a call, and said, 'Well, we got it. All good, just stayed out a little late.' And we got the ring back. It was a little scuffed up, but it was fine," he said.

"I wasn't concerned that something wasn't going to come back, and plus, there's insurance, but I thought that was a fun memory," he continued.

Then there was that time actor Forest Whitaker had an affinity for a ruby men's ring specially designed by Shaftel Diamonds for the 2011 film "Catch .44" co-starring Bruce Willis.

"We designed this really cool men's ruby ring for Forest Whitaker and his character in this movie, and he loved it. He wouldn't take it off, so I heard from the producers that even off the set he was just wearing this thing everywhere. He fell in love with it," Shaftel said. "It was this big, gaudy yellow gold cabochon ruby ring. He just loved it. I was hoping he would buy it, but he didn't."

Outside of awards ceremonies, anyone looking to make a statement may want to feast their eyes on one of the most extravagant pieces, a ruby and diamond necklace in the ballpark of $600,000.

All of the rubies are from Burma, one of the most sought after sources because it produces some of the world's finest rubies.

"Any time people walk into the store, they're just drawn to it, and for good reason," Shaftel said.

You don't have to star in any movies, though, to delight in the latest jewelry trends.

Shaftel says that colored stones could provide a budget-friendly glitz to your collection as they provide endless options in price points of all ranges.

"People are having more fun with just these fun big looks that don't cost an arm and a leg," Shaftel described. "I think that's one of the biggest misconceptions is that, 'Oh, if I'm going to buy something with gemstones, it's going to cost me $10,000.' And it doesn't have to. You just have to go to the right place, so go for somebody who's going to give you good guidance and just kind of play with some ideas."

He noted that outside of fashion or costume jewelry, if you plan to buy a colored stone from a fine jewelry shop like Shaftel's, price points on the lower end of the spectrum can start between $200 and $300.

Helping through the pandemic

When the world shut down a little over a year ago due to the COVID-19 pandemic, Shaftel Diamonds also felt the effects, shutting down at the time on March 16.

Like many businesses, especially those that are smaller and locally-owned, the top question the Shaftels had was what's next?

Shaftel says that while he stayed available, posting items online, to meet customers' needs, he also wanted to be there for them outside of being a retailer, especially as individuals faced personal losses.

"So just picked up the phone, texted people, called people. 'Hey, how you doing? What can I do, how can I help you?' Not with any expectation of that coming back around. Just really, 'How you doing?,' and little by little, things started coming around. There was definitely a period of four to six weeks where very little was selling," he said.

The time at home for both Shaftel and his customers led to an interesting phenomenon. He explains that while that time in quarantine caused some significant others to consciously uncouple, others decided they wanted to seal the deal. And suddenly, there was a flurry of engagement ring requests.

"We were doing custom engagement rings, and we would get an order in, and I would go to the office, do a little Zoom meeting, figure out what they like, send it to my production team. They would get it done at their houses or they would pop into their shop, get it done. And then we would either hand deliver it to them, or ship it FedEx, even if it was in town," Shaftel explained.

While some people were just starting to build their families, the time during the shutdown and beyond has helped Shaftel get even closer to his.

Instead of a marketing team, Shaftel took over the company's Instagram page with his 18-year-old daughter.

The move turned out to be a hit as they used the outdoors, a relevant and relatable backdrop with all the stores closed, to help showcase their eye-catching jewels.

"Taking pictures outside with ladybugs and with our dog and it was just fun. People started responding. People were at home on their phones, looking at Instagram, more than ever, and we took advantage of that," Shaftel said.

Shaftel's daughter's business acumen is already paying off as she's been accepted to the University of Southern California's Marshall School of Business. He says that on top of virtual learning, his daughter has sat with him every day through the pandemic, honing her passion for business.

"She's seen me at my best and my worst. Sitting in front of your father and the stress that a small business can cause but also the fun that you can have, and it's limitless. She just got excited," he said. "For me, that was the silver lining, that I got to work with my daughter and we got to work together."

Still dreaming of diamonds? Check out this Localish piece on Shaftel Diamonds!

EMBED <>More Videos
Mark your calendars: April 25 is Oscar Sunday. Live coverage begins Sunday morning and continues all day with special "On The Red Carpet" coverage leading up to the 93rd Academy Awards ceremony. After the last award is handed out, stay with "On The Red Carpet" for continuing coverage. Be sure to follow @OnTheRedCarpet on Facebook, Twitter, Instagram and TikTok for all your Oscar news and information.
Report a correction or typo
Copyright © 2023 WTVD-TV. All Rights Reserved.
Related Topics
ARTS & ENTERTAINMENT HOUSTON CELEBRITY OSCARS ACADEMY AWARDS RED CARPET FASHION STYLE & FASHION FAMILY & PARENTING DIAMONDS JEWELRY ON THE RED CARPET