Who will win Oscar best picture, actor, actress? Sandy Kenyon has his predictions 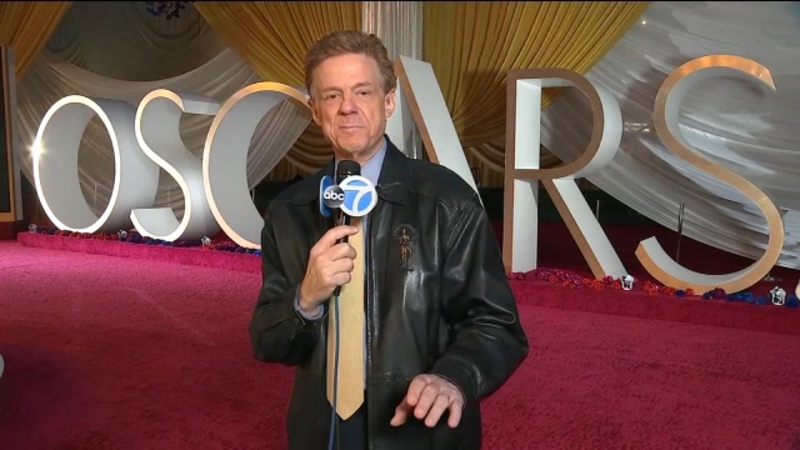 Oscars predictions: Sandy Kenyon has his picks for top awards

LOS ANGELES, California -- With glitz and glamour prepared to take over Hollywood's biggest night, Eyewitness News entertainment reporter Sandy Kenyon has some of his Oscars predictions.

Will Smith has been the front runner to take home an Oscar as a leading man since the first Oscar voters saw him play "King Richard" and watched him inhabit the character of Richard Williams, who trained Venus and Serena for stardom.

His win at the Screen Actors Guild gave us a preview of the grace notes we will likely hear Sunday night.

But even though he's won just about every trophy in sight, Smith insisted he has better things to think about.

Sandy Kenyon has a behind-the-scenes look at the Oscars red carpet.

"I'm not even thinking about it like that -- and some actors try and be humble like 'I don't think about awards in that way, I'm about the work and I stay focused on the work,' you know it's not that," Smith said.

Everyone involved pushed through a pandemic shutdown to finish the movie, but the role has proved a godsend to Anjanue Ellis, who is now Eyewitness News entertainment reporter Sandy Kenyon's choice to win as Best Supporting Actress, but she once thought stardom would never come her way.

"I wouldn't have enjoyed it as much 10 years ago, you know what I mean, like the fruit wouldn't have been as sweet for me," Ellis said.

Persistence and perseverance also played a part in Troy Kotsur's bid to become the first deaf person ever to win for Best Supporting Actor.

"If I happen to win the award I'm going to sleep with it in my bed," he said.

His movie is called "Coda," which stands for child of deaf adults. In this case, the main character is a music student who can hear, raised by her parents who cannot.

Kenyon says this a movie meeting the mood of the moment -- lifting us up and warming our hearts.

The Oscars red carpet is being rolled out for the first time since the COVID-19 pandemic struck just a few weeks after the 2020 Academy Awards. Sandy Kenyon previews this year's event.