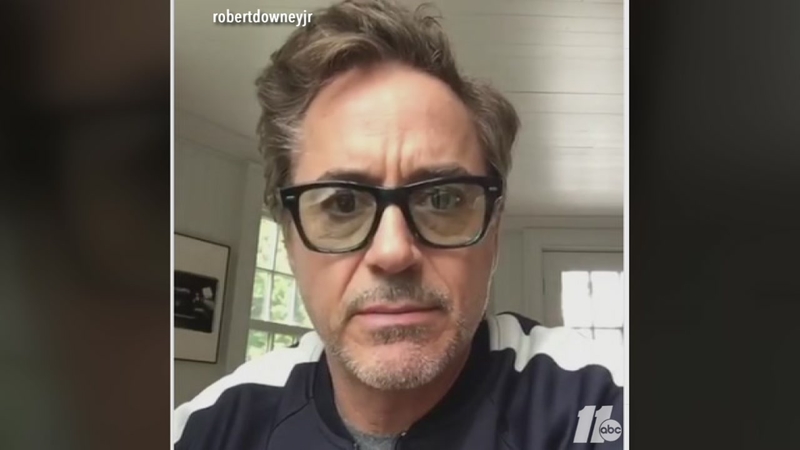 ATLANTIC BEACH, N.C. -- Actor Robert Downey Jr. posted a video to Instagram on Tuesday offering Paige Winter, the teen who survived a shark attack on the North Carolina coast, an ambassador position with his Footprint Coalition.

Paige, 17, lost part of her left leg and had her hands damaged when a shark bit her at Atlantic Beach on June 2.

Her father immediately jumped into the water to save her.

Paige's father, Charlie Winter, spoke publicly last week for the first time at the news conference about what happened in the water.

"I turned to where Paige was and there was no Paige. Paige was underwater. There was pink on the water; I saw pink and it was moving," Charlie said. "It didn't take any seconds. It was just an immediate dad thing. I went straight to where the pink was and I dove under and I grabbed her. I grabbed her with my left arm and I pulled her up over the water. And when I pulled her up a shark came up with her, and it was a big shark. The head was--it was a big shark. I kind of thrashed it a little bit, and it had a big eye--just staring at you. I immediately just started to hit it. I read five times, it could've been 10 it could've been three, I don't know, I wasn't keeping track. I know I was hitting and I hit it with everything I could and it let go. I immediately grabbed her under my right arm...I turned and I started to run immediately back to shore."

In the same news conference, Paige's doctors gave an update on her condition.

Dr. Richard Zeri, the plastic surgeon working on Paige's hands, began his comments by asking Robert Downey Jr. to follow Paige on Instagram, a request Paige made to help "lighten the mood a bit."

"This is a heroic story of resilience...I'm a fan, gotta tell ya and YES, I will follow you on Instagram," Downey Jr. said to Paige on Instagram.

Towards the end of the video, he asks Paige to be his North Carolina ambassador for his Footprint Coalition, an organization that will work towards sustainability of Mother Earth.