Panthers fans cheer team upon arrival back in Charlotte 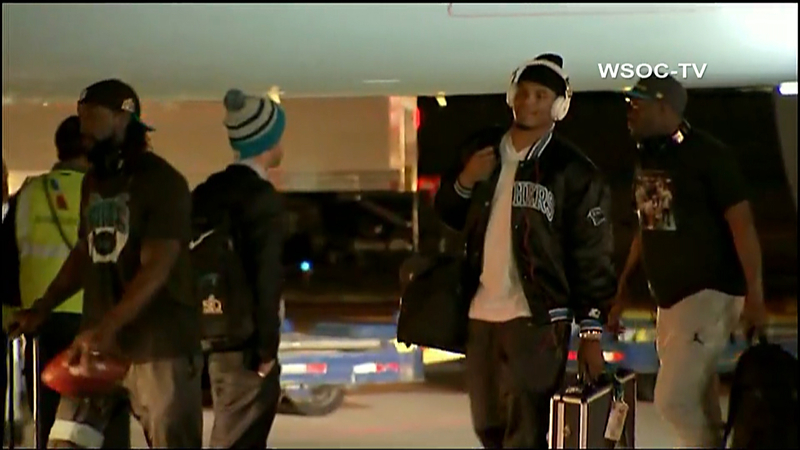 CHARLOTTE (WTVD) -- The plane carrying the Carolina Panthers home from Northern California touched down about 6:30 p.m. Monday in Charlotte, and though the team fell short in the big game, they still had plenty of support.

Fans cheered the team at the airport, and a large crowd of supporters gathered at Bank of America Stadium to cheer the team a day after it played in Super Bowl 50 in Santa Clara, Calif.

Unfortunately for the Panthers and their fans, the outcome wasn't one they were hoping for, as they fell 24-10 to the Denver Broncos.

The Panthers were listed Monday at 7-1 and the Patriots 8-1 at the William Hill Race & Sports Book, while Pregame.com set the line for New England at 9-1 and Carolina 10-1.