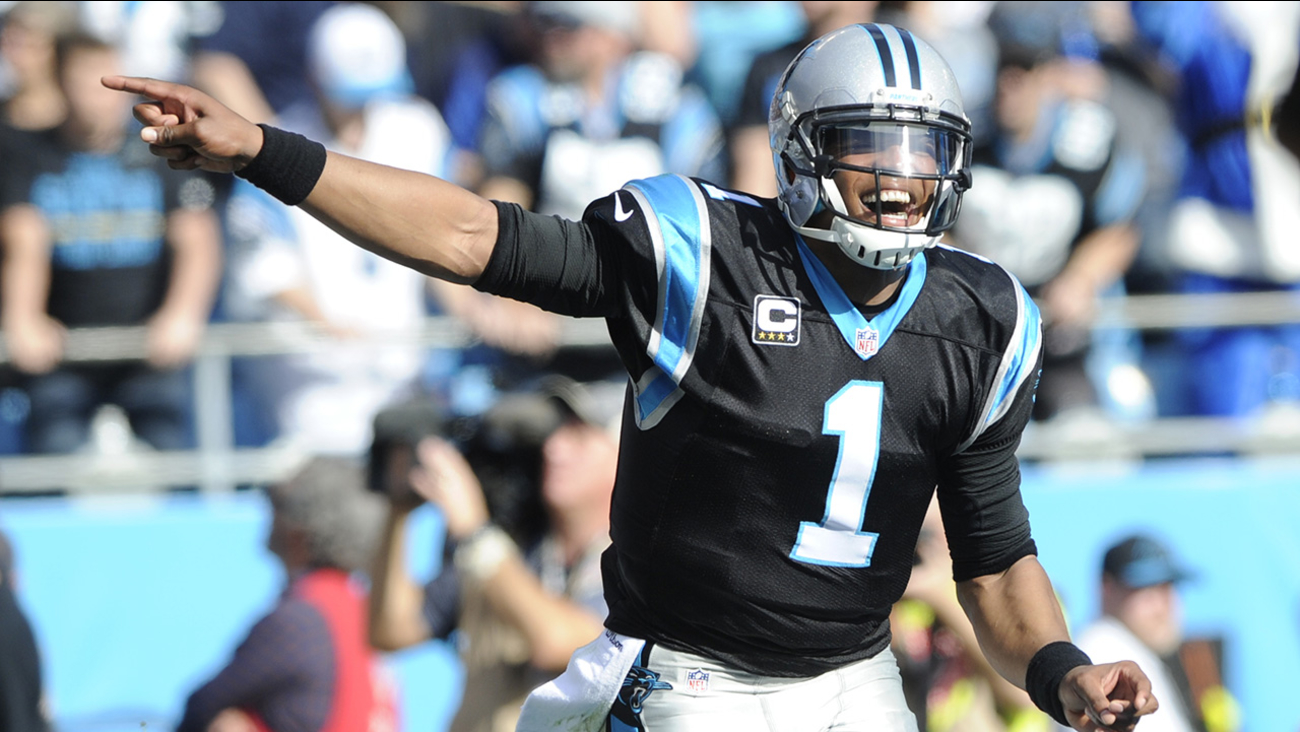 CHARLOTTE (WTVD) -- The sun continues to shine on everything Carolina Panthers. On Sunday, the Panthers secured win number thirteen with a 38-0 victory over the Atlanta Falcons. With it comes a first-round bye in the playoffs. Another reason to celebrate on another super Sunday.

If there was any doubt about the Panthers readiness to play, it was answered in the opening minutes. Jonathan Stewart did the heavy lifting on Carolina's first drive, ripping off a 44-yard run and capping it with a touchdown dive.

Stewart blasts off for a 44 yard run

Then it was Cam Newton's turn to dazzle with the help of Ted Ginn Jr. Newton hit Ginn twice on long touchdown tosses of 74 and 46.

1st quarter clinic continues. Newton to Ginn for his 2nd of the half! WOW!

A week after needing every bit of the 60 minutes to beat the Saints, the Falcons were grounded before the first quarter gun.

As for the injury department, it was not smooth sailing. Newton, and tight end extraordinaire Greg Olsen both needed help off the field in the first half. Newton returned right away while Olsen stayed out with a left knee injury. He did walk off on his own power.

After the game, coach Ron Rivera said Olsen is fine. He said the tight end will be sore, but could have played.

Rivera says Greg Olsen is fine, he tweaked his knee. "I feel comfortable with him. He's going to be sore, but he could've played."

Stewart missed most of the second half with a foot injury and linebacker Luke Kuechly injured his right ankle. Thankfully Kuechly and Thomas Davis Sr. both returned in the 3rd quarter.

Starting cornerback Bene Benwikere had to be carted off the field in the 4th quarter.

Bene Benwikere will not return with a left leg injury.

The next box to check is home field advantage throughout the playoffs. Then Ron Rivera will have a decision to make about putting starters on the field to wrap up the regular season. Next week the Panthers visit the Giants. The forecast calls for 14-0.