In Raleigh, firetruck is the new trend for a party bus 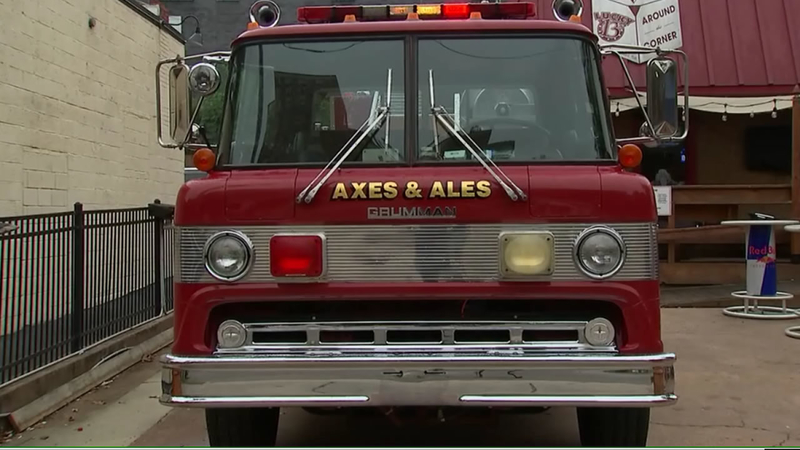 In Raleigh, a firetruck is the new party bus

RALEIGH, North Carolina (WTVD) -- Two Raleigh firefighters, Anthony Battaglia and Ryan Nelson, have brought a new party-bus to the Capital City, but, it's not a bus at all - it's a firetruck called Axes & Ales.

"We came up with the party bus with a firetruck idea," explained Co-Founder Anthony Battaglia. "Who doesn't want to ride a firetruck? So, we got the big red firetruck, put seats on the back and lights, some music, bring your own beer and have a good time!" he said.

For the two owners, this is more than just a business.

"I was 82nd Airborne," explained Co-Founder Ryan Nelson. "I served four and a half years in the U.S. Army. I deployed to Iraq in August 2006 to November 2007. Currently, I'm a professional fireman and I enjoy every minute of that. We hire current firemen and veterans only as of now. It's more than a business, this is a way of life for Anthony and I. We want to give back."