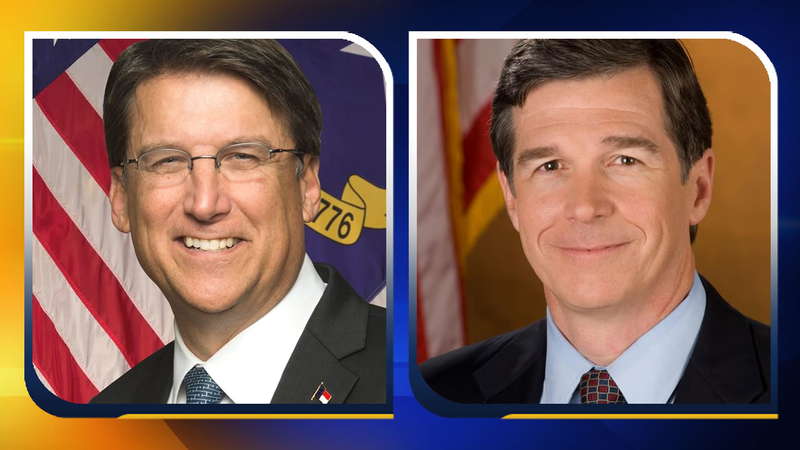 RALEIGH (WTVD) -- No news conferences were called, there were no rallies. Instead, the conclusion of a hard-fought governor's race that has spent the past 27 days in protests and ballot recounts, ended online.

"The majority of our citizens have spoken and we now should do everything we can to support the 75th governor of North Carolina, Roy Cooper," said Gov. Pat McCrory in a video message posted on YouTube.

Soon after, his opponent released a statement on Twitter, thanking the governor for his service.

Both messages circulated quickly as special interest groups and other leaders reacted to the news.

"It certainly is a proud day to be a North Carolinian," said Ben Graumann, the Communications Director for Equality North Carolina.

Graumann was quick to say he is very supportive of a new leader, especially as someone who has been against the controversial HB2.

The bill passed into law months ago and many have since described it as anti-LGBTQ and discriminatory.

"There was a number of factors that I think ultimately brought down Pat McCrory and I think HB2 was one of those things," said Graumann.

So what happened in November? Roadmap to McCrory's concession

Tami Fitzgerald, a supporter of the law and head of the North Carolina Values Coalition, disagrees.

"I don't think HB2 was a factor. You saw the Lieutenant Governor get re-elected with an overwhelming majority," Fitzgerald, executive director of the NCVC, said. "He got more votes than Trump did in the state of North Carolina. We saw the General Assembly getting re-elected."

She also echoed many of what Governor McCrory said were highlights of his four years in office.

"I am proud that our team leaves the state a much better place than when we came into office. Our initiatives in teacher pay, environmental cleanup, budget surplus, transportation planning, paying off big dollars in debt, health care reform, tax reform," said Gov. McCrory in his video message. "Creating 300,000 new jobs and through the Connect NC bonds we have made major new investments in our state parks, National Guard, and universities and community college."