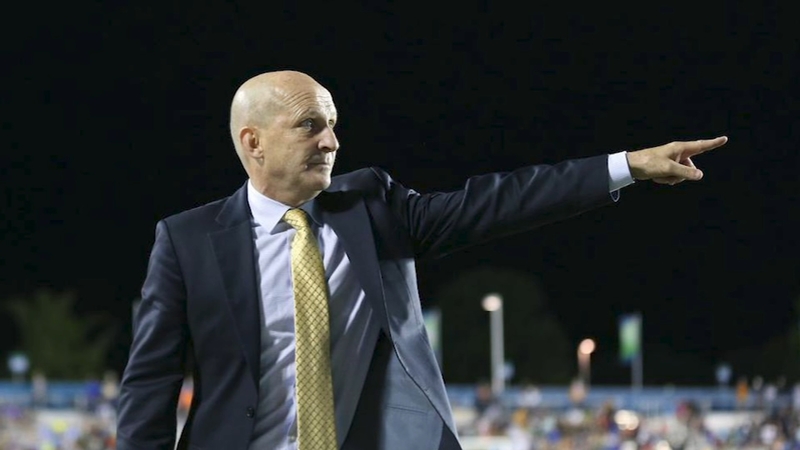 "The NC Courage support the players who have come forward and we commend them for bravely sharing their stories," the team said in a statement. "The North Carolina Football Club is united together in our commitment to creating a safe, positive, and respectful environment, not only within our club but across the league and our great sport. As previously stated, players and staff are encouraged to report any inappropriate behavior in accordance with NWSL policy as we prioritize efforts to maintain the highest professional standards of conduct throughout our organization."

The National Women's Soccer League Players Association had called for an investigation into allegations spanning over a decade of sexual coercion and inappropriate comments about players' weight and sexual orientation against Riley.

The NWSL statement was released after The Athletic published an investigation in which they talked to more than a dozen players from every team Riley has coached since 2010, including two named players who went on the record with allegations against him.

The players' union has said as well as supporting the two former players -- Sinead Farrelly and Mana Shim -- who came out against Riley, it also supports Kaiya McCullough who was part of a Washington Post investigation into former Washington Spirit coach Richie Burke.

"We, the players of the NWSL, stand with Sinead Farrelly, Mana Shim, Kaiya McCullough, and each of the players who have brought their stories into the light -- both known and unknown. Words cannot adequately capture our anger, pain, sadness, and disappointment," the statement on released on Twitter on Thursday said.

SYSTEMIC ABUSE PLAGUING THE NWSL MUST NOT BE IGNORED pic.twitter.com/WlhcWW7R8m

"To the players who suffer in silence, know that the Players Association holds a safe space for you. We stand ready to confidentially offer you resources and support. You are not alone."

Farrelly and Shim were also supported by USWNT forward Alex Morgan who wrote on Twitter she was "sickened" by the allegations.

The players' union also called for the suspension of any person working with the league who violated its anti-harassment policy for a safe work environment and an investigation into how Riley was rehired in the league after allegations were first brought against him in 2015.

Mana and Sinead, we support you and are in your corner. I am sickened and have too many thoughts to share at this moment. Bottom line: protect your players. Do the right thing @NWSL https://t.co/7TGymLLrvn

The NWSLPA also said it was creating an anonymous hotline for players to report abuse as well as making a sports psychologist available for any current, former or future player who needed a confidential consultation.

"We refuse to be silent any longer. Our commitment as players is to speak truth to power. We will no longer be complicit in a culture of silence that has enabled abuse and exploitation in our league and our sport," the statement added.

"The very lack of basic and fundamental protections that ensure dignity at work are part of what has led to stories like those that have come out this season.

"NWSL and its Clubs must act swiftly to implement changes that would protect current and future players. The opportunity to do this is right now in our first contract negotiation. In the face of systemic abuse, players demand greater control over their lives and careers."

The allegations against Riley are the latest in a long string of controversies to hit the league. On Tuesday, the NWSL announced that Burke would no longer be allowed to coach in the NWSL following the end of an inquiry into his actions.

In August 2020, it was announced that an investigation would be launched into former Real Salt Lake and Utah Royals owner Dell Loy Hansen over the alleged use of racist language. He subsequently decided to sell his interests in both leagues.