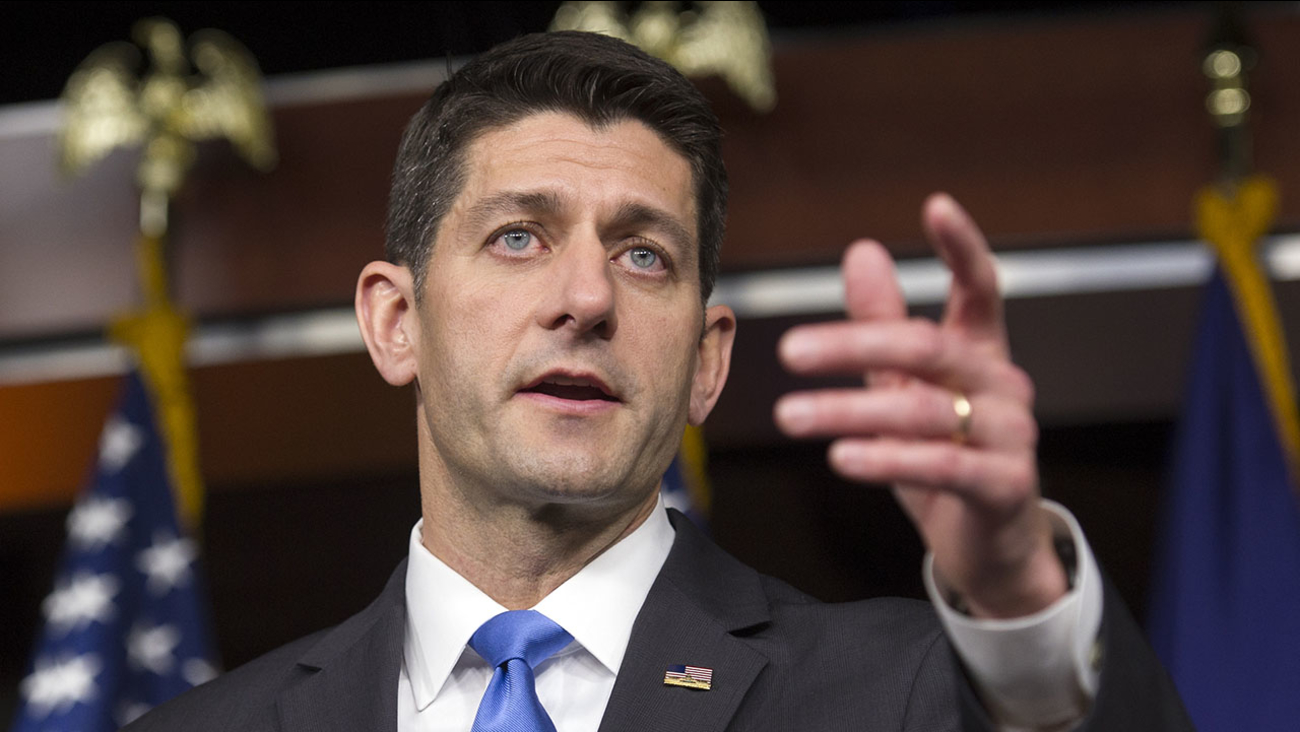 WASHINGTON -- Speaker Paul Ryan unanimously won his GOP colleagues' votes for another term at the helm of the House on Tuesday. He told fellow Republicans he had President-elect Donald Trump's support, and heralded "the dawn of a new, unified Republican government."

"It feels really good to say that actually," Ryan told reporters. "This will be a government focused on turning President-elect Trump's victory into real progress for the American people."

While victory was the GOP unifier, Democrats were verging on disarray. House Democrats abruptly announced Tuesday that they were delaying their own leadership elections set for Thursday until Nov. 30 to give lawmakers more time to process disastrous election results.

It's not clear whether the election delay might morph into a real challenge to Minority Leader Nancy Pelosi, D-Calif. She has led House Democrats for more than 12 years and has consolidated support with strong fundraising and an ability to deliver votes, but there's long been grumbling from Democrats who say new leadership is needed at the top.

As for Ryan, the Wisconsin Republican still has to win a floor vote for speaker in January, when all members of the House will cast ballots, including Democrats.

But he secured the nomination at a closed-door GOP conference vote Tuesday afternoon with the strong backing of his fellow House Republicans, even though a few conservative dissenters pushed unsuccessfully to delay the balloting.

Those grumblings of dissent could hardly be heard over the buzz of enthusiasm as House Republicans convened for their first regular conference meeting since Trump won the presidential election. Even though a number of House Republicans, including Ryan, had opposed Trump or were critical along the way, most said they're now firmly on board and prepared to try to enact Trump's agenda on immigration, infrastructure, energy and jobs.

Lawmakers trooped out of their morning meeting in the basement of the Capitol smiling, pledging quick action to roll back President Barack Obama's accomplishments and clutching red "Make America Great Again" hats.

"That was a nice fun touch. Now here's my problem: Every member wants it autographed," said GOP Rep. Chris Collins of New York, one of Trump's earliest congressional backers, who has been tapped as congressional liaison to the transition team. "I'm going to have to say, 'President-elect Trump, bring out your Sharpie, we've got to do a lot of autographing.'"

During the meeting, Ryan told colleagues that he'd spoken Tuesday morning with Vice President-elect Mike Pence, who said that he and Trump "are very supportive of the leadership team and are looking forward to working with them," said Rep. Cynthia Lummis, R-Wyo.

Coming after a campaign full of very public GOP infighting and clashes between Ryan and Trump, it's "a validating moment," said Lummis, a member of the hard-right Freedom Caucus.

Republicans had widely been forecast to lose the Senate and suffer major losses in the House, but instead lost just two Senate seats and a half-dozen in the House, giving them full-scale control of Washington for the first time in a decade.

For Democrats, ill-feeling was only magnified in defeat.

"Everything's not good. Business as usual is not gonna work," said Rep. Ruben Gallego, D-Ariz. "This is about our constituents. Saying we have heard you. We have clearly missed the mark with regard to legislation and messaging."

For Republicans, though, it was heady times after they've spent years watching their legislative priorities get stymied, if not by Democrats in the Senate then by Obama's veto pen.

The situation also brings stark risks since Republicans will have no one to blame but themselves if they can't deliver on Trump's promises. Already GOP leaders and Trump himself have been shifting on some of his pledges, including the border wall and a full repeal of Obama's health care law.

Ryan refused to answer directly when Congress would go along with Trump's plan to spend $1 trillion on infrastructure. "These are things we're working on. ... The point is Donald Trump wants job," he said.

"Look, I would just simply say that the president is going to be judged on his results," Ryan said. "I'm not looking backwards, I'm looking forward."

In the Senate, Republicans and Democrats were meeting separately Wednesday to pick their leadership teams.

Senate Majority Leader Mitch McConnell, R-Ky., is keeping his job in a chamber that Republicans will control by 52-48. Minority Leader Harry Reid, D-Nev., is retiring after a 30-year Senate career and will be replaced by Sen. Chuck Schumer, D-N.Y.